In the latest version, Dropbox adds a much-needed favor for collaborative teams and users who rely on effective communication across updated files. But who gives a crap about that, because the app has also added GIF support.

Version 3.0.1 lets you view animated GIFs right in Dropbox without popping out to an external app. That should be useful for... OK, it's not particularly useful for anything, except that one time that you need to instantly distinguish between the original and reverse of that one dog image when you attend a GIF party via your tablet. But now you can totally do that!

The other major feature is comment support. On the web, Dropbox users can comment on shared files and tag other users in the same pool to instantly notify them of relevant changes. The feature is now available to mobile users, though it seems to be rolling out rather slowly, even if you've updated to 3.0.1 manually. We still haven't seen the capability after several hours of testing on the Android Police account, but we are assured that it's coming, and that you don't need a paid account to access it. 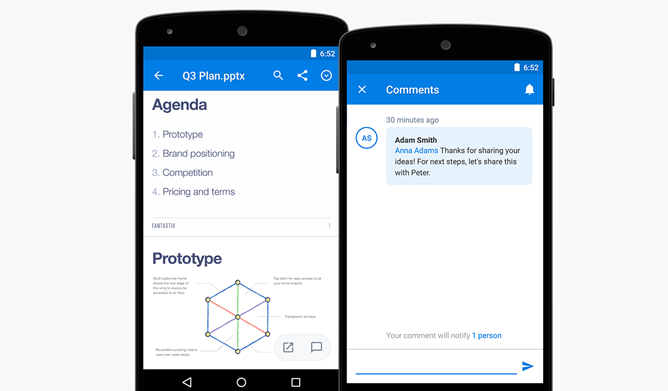 But, yeah, GIFs. That's the real takeaway here. Grab Dropbox from the Play Store (the app itself doesn't seem to be on a staggered rollout) or from APK Mirror if you need to get the file on a non-Play Store device.

Warhammer 40,000: Space Wolf Is The First WH40K Mobile Title That Actually Looks Like The Board Game