The Galaxy S6 has been out for three months now, so it's time to revisit this phone and see if any of my feelings from the original review have evolved. At the time this seemed like a pretty fantastic phone with few drawbacks. Samsung made a lot of changes with this year's Galaxy flagship, so does it also avoid some of the long-term pitfalls of past phones? Let's find out.

Just to be clear: I've been using the Galaxy S6 frequently over the last three months. However, I don't use it every day as I often need to carry other phones for work reasons. I probably use it about half the time. So if you're carrying a GS6 full time, it might be a little worse for wear than my unit.

The Galaxy S6 is all metal and glass, which gives it a very premium feel. The problem is that, well, glass breaks. I have dropped the Galaxy S6 a handful of times so far, and each time I wondered if that was going to be it—I'd pick it up and see the back cracked in half. That hasn't happened yet, but I have seen several broken GS6s in real life that just happened to land wrong.

It seems like a shame to cover up this phone with a case, but it might be a good idea if you're worried about the back panel breaking. It's just an aesthetic thing, though (breaking the screen is worse). Even a bad crack shouldn't cause the panel to come loose. At least none of the cracked phones I've seen looked structurally unsound. 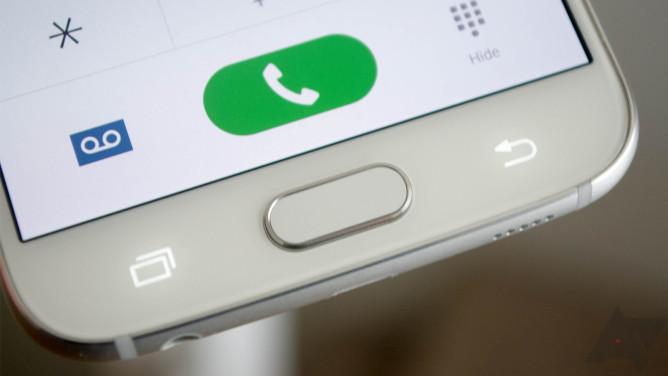 Likewise, I had some concern about the camera, which rises several millimeters above the back glass. The phone basically sits on that whenever you have it laying face up. So far, I've seen no wear or damage to the glass cover. The buttons also seem as clicky now as they were several months ago. The fingerprint sensor is still great as well. You can just press the home button to wake the phone, leave it there for a split second longer, and the phone is unlocked. It can be strange using the GS6 for a couple days then going to a phone that doesn't have the fingerprint reader. It's just more work unlocking other phones with patterns or PINs (first world problem, I know).

Most Samsung phones of the past would get mildly creaky and weird after a few months of use, but the unibody Galaxy S6 is still completely solid. So no complaints there. I still love how the phone feels and looks, something I never thought I'd say about a Samsung phone.

The Galaxy S6 is still the phone I go for when I know that I'm going someplace I will want to take photos. Other devices like the LG G4 can certainly hold their own, but I still think the GS6 is the best general photo taking experience on Android. Although, the G4 is its closest competition.

The G4 certainly has more options in manual mode and can take RAW photos (the GS6 kind of can too after 5.1). That's all well and good, but I still find that the Galaxy S6 is better at just taking a good photo without messing around with five different settings. I don't take pictures on a phone in order to tweak the ISO and exposure in Lightroom when I get home—I just want it to take a nice picture with as little hassle as possible.

The HDR mode is still better than everything else out there too. It's crazy-fast and the detail you get is amazing. The GS6 is sometimes a little weak in dim lighting compared to the G4, but it still holds its own better than every other phone.

This has been a highly divisive issue with this phone, not that it isn't with other phones. Samsung just amplified the complaints this year by building a phone with a sealed in battery. With just 2550mAh (2600mAh in the Edge) of juice and a 1440p AMOLED to power, things can get hairy if you're away from a charger for too long.

Before I get into how the phone is performing lately, just remember that battery usage is a highly personal metric. The way I use this phone might be very different from the way you use it. That said, my battery life hasn't changed drastically. This is always one of my concerns with Samsung phones. They'll get great (or in this case just good) battery life for a while, then something goes wrong and wakelocks start popping up. 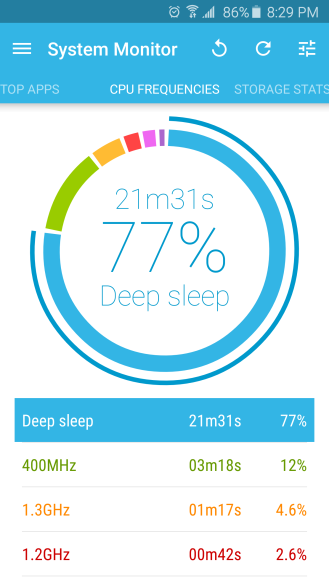 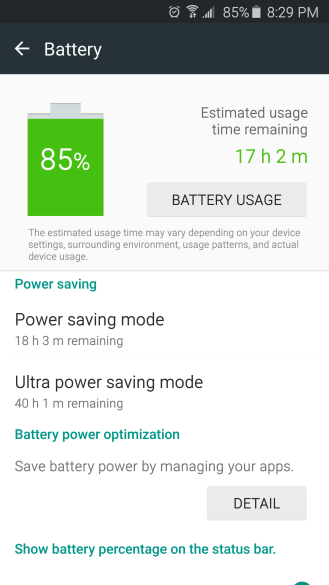 I feel like the system is marginally less efficient now compared to when I wrote the review (based on processor states), but I've installed a lot more apps since then. The reduction in battery life is slight, though. I'm still looking at around four hours of screen time in a day. The Galaxy S6 makes it through a day of moderate use without issue, and that's really all I need out of a phone. I know some people have seen battery life issues, but not here.

A larger battery might be nice, sure, but I'm just as happy to have both wireless charging and Quick Charge support included.

Samsung has started sending Android 5.1 out to the Galaxy S6 (depending on carrier), and it included a few small tweaks and fixes. My complaints about home screen lag still stand as Samsung hasn't addressed it. That's weird because the lag swiping to Briefing and using scrolling widgets is really obvious. The app drawer is also still a travesty. Luckily, you can run a different home screen, which takes care of many of my complaints.

Something you start noticing after using the Galaxy S6 for an extended period of time is that its memory management profile is different than most phones. Despite having 3GB of RAM to play with, Samsung seems to have opted for very aggressive memory management. If you leave something open in the background and launch a few other activities, the GS6 will probably close that first app.

The general consensus before Android 5.1 started rolling out was that this was a bug, but I don't think much has changed now. I suspect this is how Samsung wants the GS6 to work. Power users notice this kind of thing, but I bet most people won't. It might simply be something you have to learn to live with. Any of the more serious reports of software difficulties I have yet to experience, so I can't really speak to those. 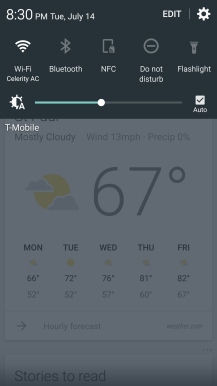 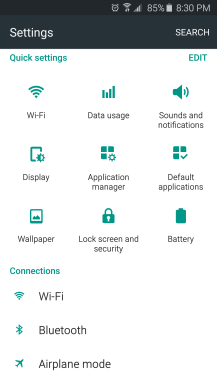 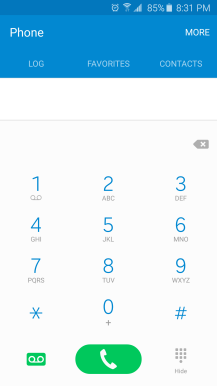 One unqualified bit of good news is that there are finally themes in the Samsung Theme Store that aren't horrendously ugly. The vast majority still look like they were designed for 15 year-old Asian girls, but there are three material themes now. That's in addition to several more themes that are perfectly acceptable in different ways. Unfortunately, it's still not as good as the theme engine in HTC Sense. Both the Samsung store itself and the themes leave something to be desired.

I said back in April that the Galaxy S6 was the phone to beat, and I think it probably still is. Sure, some cracks have begun to show with the software, but it seems so much more stable than past Samsung phones. The device itself is still in great shape too, because after all, it's an immutable chunk of metal and glass. There are perfectly valid reasons you might choose a different phone—maybe you hate TouchWiz, want a removable battery, or whatever. For everyone else, the GS6 is likely still the best. In another month or two, that might not be the case. There are big things right around the corner.