Republic Wireless is a good option if you really want to save some cash on your monthly bill. The MVNO's hybrid WiFi-cellular plans cost between $5 and $55, depending on what you want. However, you need to buy phones directly from the carrier. Now you've got another phone option on Republic—the 2nd Gen Moto E with LTE. 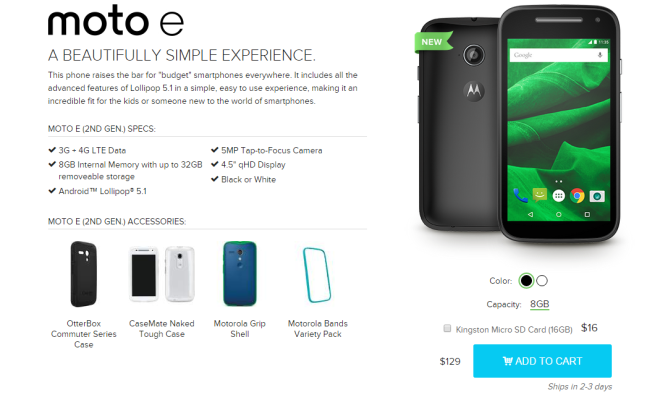 Republic Wireless is asking $129 for the Moto E, which is a solid deal. The unlocked LTE variant usually retails for $149. It's a budget phone with a 4.5-inch qHD screen, 1GB of RAM, and 8GB of storage, but the Moto E is a surprisingly solid little device. Republic will also ship its variant pre-loaded with Android 5.1.

In addition to the Moto E launch, Republic Wireless is announcing a price drop for the Moto G. It's going from $149 to $99. This is the first-gen Moto G without LTE, so it makes sense it'd be cheaper than the Moto E. Both phones ship in 2-3 days after ordering.

Samsung Announces The Crazy-Thin Galaxy A8, Only Available In China For Now