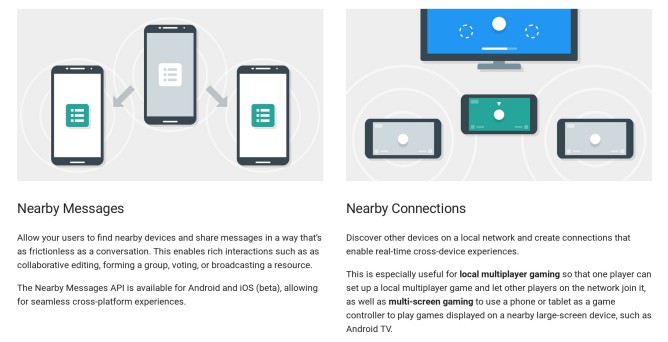 Nearby uses a combination of Bluetooth, Wi-Fi, and inaudible sound utilizing your speaker and microphone to determine proximity to another device. Nearby functions through a proximity API, named Nearby Messages, that developers can use to integrate the functionality with their apps.

Some early partners have already shown off what their software can do. Pocket Casts lets friends compare podcasts with one another. EDjing helps DJs publish tracklists to the people around them—who can then vote on the songs they like. Trello users can share boards with a group just by flipping a toggle. 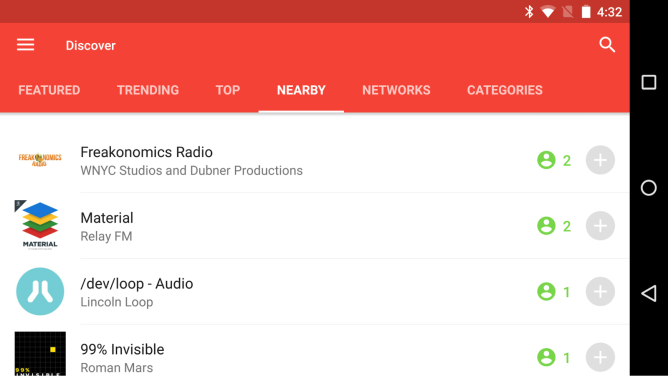 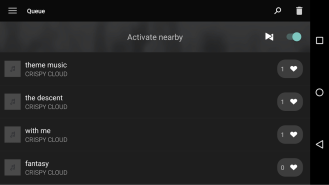 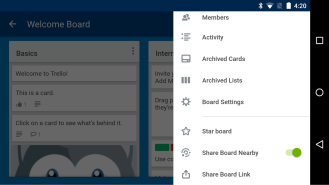 The Nearby Messages API will be available across Android devices running Gingerbread or higher, as well as iOS, as part of Google Play services 7.8. The functionality doesn't even require a Google account.

App creators, keep your eyes glued on the Google Developers site for complete documentation once the API arrives.

Report: Facebook Is Working On A Personal Assistant Called 'Moneypenny' To Compete With Google ...