It's probably not a good idea to use beta versions of operating systems for your "daily driver" phone... or alarm clock, for that matter. When the original Android M Developer Preview landed back in May, we spotted a new version of the Clock app that allowed users to manually select a day of the week to start with. Turns out it had another "feature:" some users reported that sliding to the "snooze" function on the alarm would make the app delay the chime for 24 hours instead of 10 minutes (by default). I imagine this caused some awkward conversations with bosses. 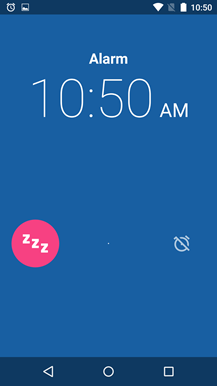 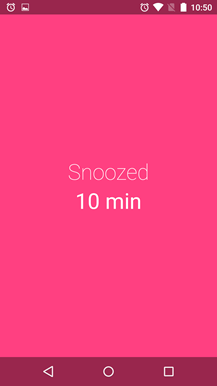 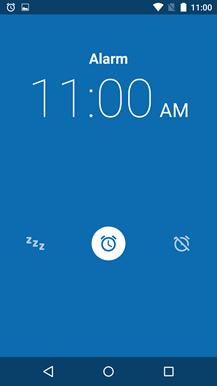 "See, sir, I downloaded this mostly untested build of Android to my phone last night, and that's why I'm coming into work at 11:30."

That issue seems to have been cleared up in the second version of the Developer Preview. (In fact, it may have been cleared up by the version posted to the Play Store - Clock APK 4.0.1 1995834, versus 4.0.1 1906568 from the original M preview, but we can't be sure. There wasn't a huge wave of missed appointments after the Play Store upload, in any case.) Now when you press the snooze button for ten more precious moments of blissful sleep, you won't be delaying your wake-up call by an entire day.

Probably. Maybe. Hopefully. We can't test every contingency here, so it's entirely possible that the bug may rear its nasty head again. The lesson is that you shouldn't trust your scheduling to a beta build... or if you do, make sure to set a separate alarm at the same time, preferably on one of those huge old-fashioned alarm clocks with the twin bells.

[Deal Alert] Grab The Album 'Nina Revisited: A Tribute To Nina Simone' For Free On The Google ...

[Weekend Poll & Discussion] Are You Satisfied With Your Phone's Battery Life?