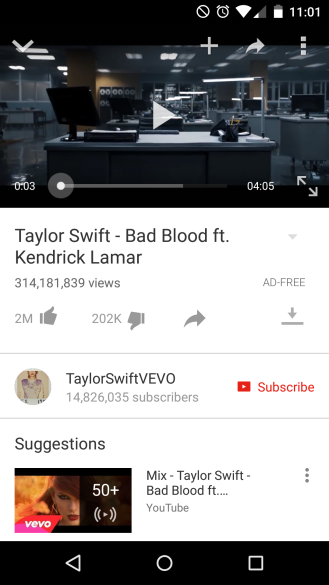 If you're not seeing the new layout, try closing the YouTube app and opening it again. That works for some users. Though, it's not like this is a change that's as YouTube's experimental web player.

As for whether this makes sharing any more intuitive, I don't know. But for the time being, it's pretty redundant.

[The Android Police Podcast] Episode 168: Have A Good Dinner