In a series of upcoming updates to Google's Docs, Sheets, and Slides apps, users will be able to have easier access to one of the most basic editing capabilities: changing the file name. Whereas before you would only change the document's title by saving, it's accessible via hamburger menu now. 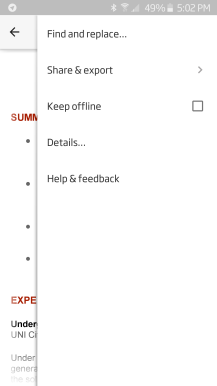 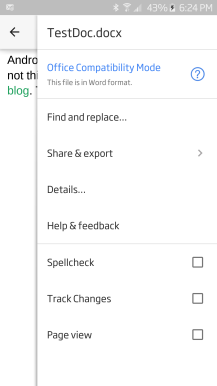 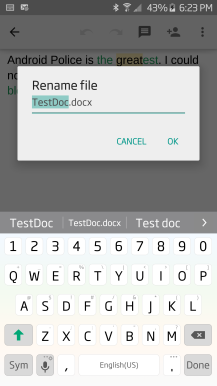 Slide the menu in from the right, tap on the area that says "TestDoc.docx" or whatever you're working with, and you'll see the dialog box on the far right that allows you to edit. Pretty simple and streamlines a pretty fundamental feature. It also makes the menu look better, aesthetically speaking.

The other biggest user-facing change concerns Docs specifically. When using Office Compatibility Mode—a fancy way of saying, "when you're viewing/editing a .docx file"—comments and suggestions are now grouped together rather than separately. 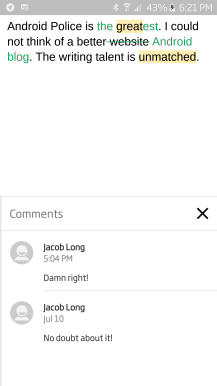 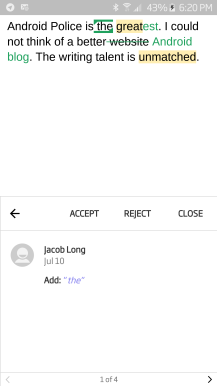 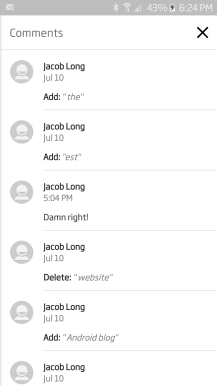 You can still view comments and suggestions on the bottom as in the old version of the app, but now they are arranged as if they are functionally equivalent rather than two totally different things. The main difference of course is that suggested edits can be accepted/rejected while comments can be replied to or ignored. The update also displays them in order of occurrence, which is a handy way to organize things.

Another minor change, this time for Slides, is the ability to change an existing slide to one of the premade layouts that you already could use on new ones.

Each update should be rolling out over the next few days, but you can always head to APK Mirror and snatch them up in the meantime. Previous versions were 1.x.232.x.x while new versions are 1.x.272.x.x.