We're playing around with the new Android M preview today, and it looks like there are several notable changes to the launcher (i.e. the Google app). The new app drawer is no longer broken up by letter and the widget picker has a fast scroll bar. If that's not good enough, you can view the whole launcher in landscape mode after toggling a setting. Cool, no? 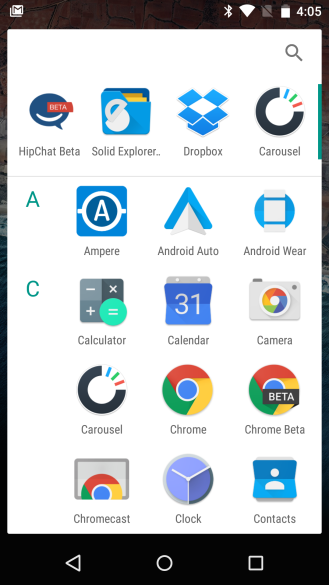 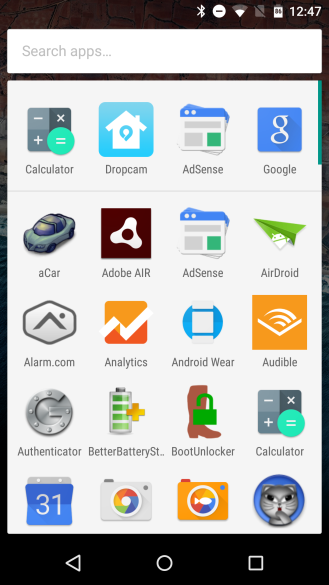 One of the more surprising tweaks in the first version of the M preview was the move back to a vertical scrolling app drawer, which Google abandoned years ago. In the first developer preview, as you can see above, the apps were in distinct sets based on the letter they started with. It's a conventional grid now, but you can still use the fast scroll bar to get to the top or bottom of the list in a flash. That also pops up the letter as it does in other areas. The search box is split from the app drawer too. 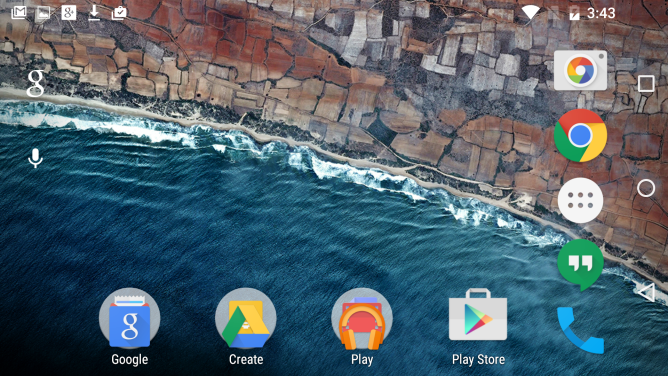 The other big launcher change is found in the Google app settings. Down at the bottom you've got a toggle for "Allow rotation." Flip that to the on position, and you can turn your phone sideways and use the launcher in landscape mode. That was previously only possible on tablets and was always on. 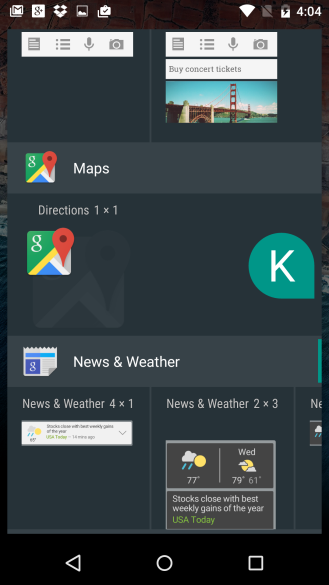 The last thing in GNL we've seen (so far) is the addition of a fast scroll bar to the widget picker. It's a vertical list just like in the last dev preview, but you can drag on the right to jump around more quickly. We'll update if we spot any more GNL tweaks. There's a new version of the Google app on APK Mirror if you want to try this on older versions of Android, but you'll probably need root to add some libs.

Cartoon Network's 'Monsters Ate My Birthday Cake' Is The Latest Free Family App Of The Week ...