We know everybody is looking forward to the big Hangouts 4.0 update; and despite a pretty active day for updates, there's no sign that the big green chat app is going to get a big new version today. While we're waiting, a smallish update to the Google Play Newsstand app reminds us that there's plenty of stuff to read in the news. The changes in this release are mostly centered around improving performance and accessibility, and fixing bugs. However, there is one potentially handy new feature making an appearance: home screen shortcuts.

This is the semi-official changelog:

Newsstand's new shortcuts work just like those available in Google Maps or Play Books. They are a quick way to hop from a launcher directly to your favorite subject matter. The only difference is that they can't be created through your launcher's widget list, but instead through the Newsstand overflow menu in an option called "Add to home screen." 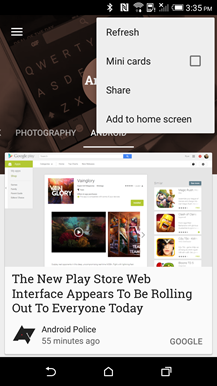 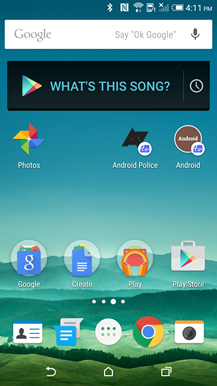 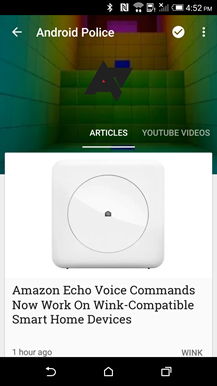 Shortcuts can be created for topics, like Food and Technology (anything to the left of Highlights in the Read Now section); and for "news edition" providers, which include sites like Android Police. When a shortcut is created, it appears on your home screen with the logo of the source and a tiny white and blue Newsstand badge.

If this sounds familiar, it's because a few other Google apps have recently incorporated shortcuts in one form or another. Just last month, Inbox added shortcuts to compose a new message or create a reminder; and back in March, Chrome Beta added a fluid way for web apps to create shortcuts, and Waze implemented navigation shortcuts similar to those on Google Maps.

That's about it for this update, but on a personal note, many thanks go out to the Books and Newsstand team(s) for putting together simple, clear, and accurate release notes. It's deeply appreciated. May your code always compile clean, pass every unit test, and never crash!

[Bonus Round] Democracy Vs Freedom, Atomas, Outpost Command, And The WUUUUUUUUUUUU