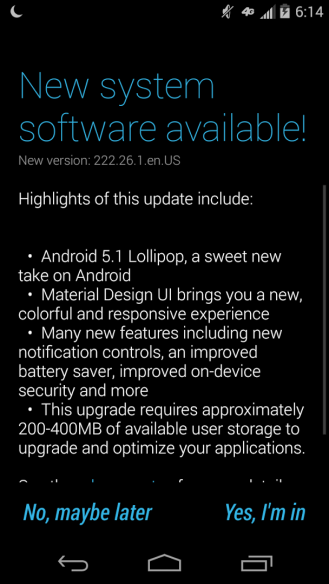 As it turns out, the carrier has made the over-the-air update available to general users who attempt to pull it down manually. 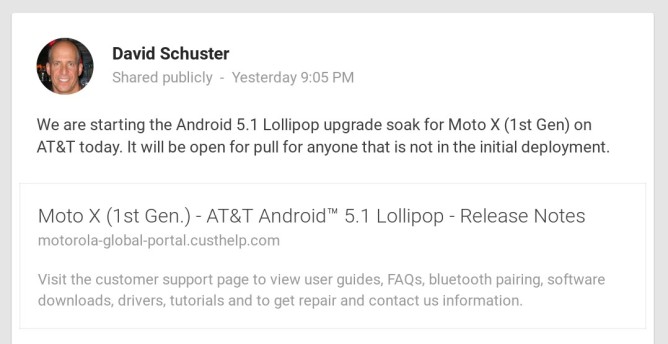 The OTA will bump your phone up to software version 222.26.1. If you choose to wait, a notification should arrive automatically once AT&T has deemed the update ready for the general public. Either way, you can read the full release notes on Motorola's website.

AT&T has posted its changelog as well. Here's what the carrier says you're getting.

Unlocked Versions Of The Original Moto G LTE Are Getting Android 5.1 In The United States

Disney Releases A Star Wars App With News, A Sound Board, And Other Stuff To Get You Excited ...