It's hard to believe that it's been nearly three years since we reviewed Soundfreaq's original Sound Kick portable speaker. Over that period of time, we've seen a slew of new offerings from the company, including a few ultra-portable options, an alarm clock speaker, and a handful of others. The Sound Kick was really a groundbreaker for us though - it had standout features unlike any other speaker at that time.

Fastforward to today, and the SK's successor is finally here. The SK2 takes a lot of what made the original so great, including a tilting design and UQ3, and improves on that. Soundfreaq also threw water resistance into the mix, making this one shower, beach, and pool-friendly. With that, let's start with the SK2's overall design and aesthetic. 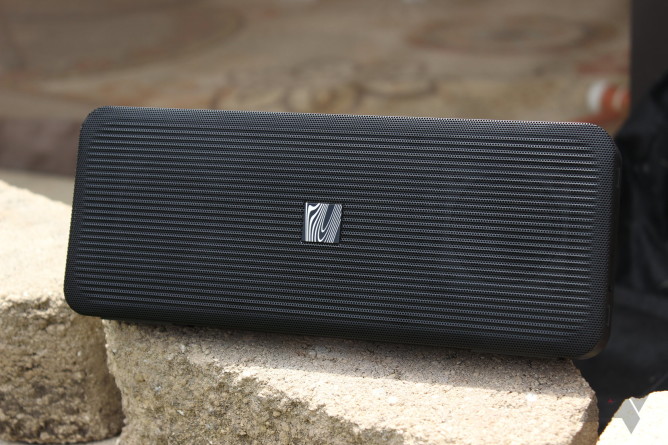 If you've ever seen another Soundfreaq speaker, then you're probably already familiar with the overall design of the SK2. In fact, I think it looks like a big-ass Pocket Kick. It's simple and understated, which I think is great for this speaker's intended use: chilling on a desk, bookshelf, or anywhere else in the house.

While the overall feel of the speaker is very reminiscent of the original, it's also much more refined and modern looking. Smoothed edges and rounded corners go a long way in making the new iteration look much more streamlined. The back has also gotten a major makeover - gone is the massive protruding popout that allowed the speaker to tilt, as the new model has a nice, compact little kickstand. It's definitely a huge improvement. The other changes are actually much more subtle. The power and pairing buttons have both moved from the top to the side, along with the auxiliary port (which is on the back of the original). The proprietary charging and full-size USB ports (for charging external devices) are both still on the back, and all of the aforementioned openings now have tight-fitting rubber doors covering them for waterproofing purposes.

Overall there are a lot of subtle improvements as far as design is concerned, which leads to a more refined, modern-looking speaker.

At this point, I've come to expect one thing as fact: if it says "Soundfreaq" on the box, then it's going to sound good. The Sound Kick 2 is no exception to this rule, but instead further confirms this as truth. In a market where there are so many great options out there just clawing for your money, it's really difficult to make a standout product. Soundfreaq pretty much always delivers a great value for the money, and this speaker should absolutely be a contender if you're looking to buy in the $100 price range.

Like other SF speakers before it, the SK2 features UQ3, which essentially switches between two EQ settings. While one of those settings (UQ3 OFF) is essentially a "Flat" or "no EQ" option, the other changes the entire voicing of the speaker pretty dramatically - it emphasizes the mids a little, adds more bass, and rolls back on the treble. I would actually liken it a heavy metal preset on most software EQs, but your ears may hear it a little differently than mine do. Either way, it's nice to have a couple of different options.

Generally speaking, though, the SK2's speakers are fairly well balanced and offer a good amount of treble and bass, though they may be a bit heavier on mids than others I've heard. That mid spike can be easily dialed out if you use a software EQ on your mobile device, though (like the stock one found in Play Music).

Lastly, I want to touch on volume. I'll keep this simple: it gets freakin' loud for the size. You wouldn't have any problem at all filling a large room with sound. 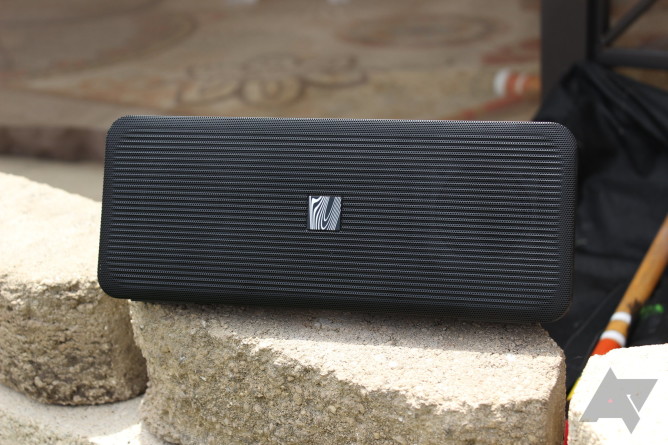 I think the Sound Kick 2 does a great job of improving on an already-good speaker in basically every way. And, most importantly, it does it all while keeping the price the same as the original: $100. If you're looking for a great around-the-house speaker (including the kitchen and shower), this is definitely one to add to the list.

Touchscreen Issues Are Still Plaguing The OnePlus One, And The Latest Problem Disables The ...