Googler Kirill Grouchnikov likes to show off the little UI flourishes in the Play Store, sometimes even before they are live for users. We like the small stuff, and you probably do too. So you'll be happy to know there are two subtle UI tweaks incoming with the next Play Store update. One is in the kids "character" section and the other is in the What's New box we all know and love.

The character screen now has a sliding animation when you tap on an icon. It's more like the rest of the Play Store now, except the icons slide to the middle of the resulting page. It's the same on developer and user landing pages, but they don't have this nifty animation. 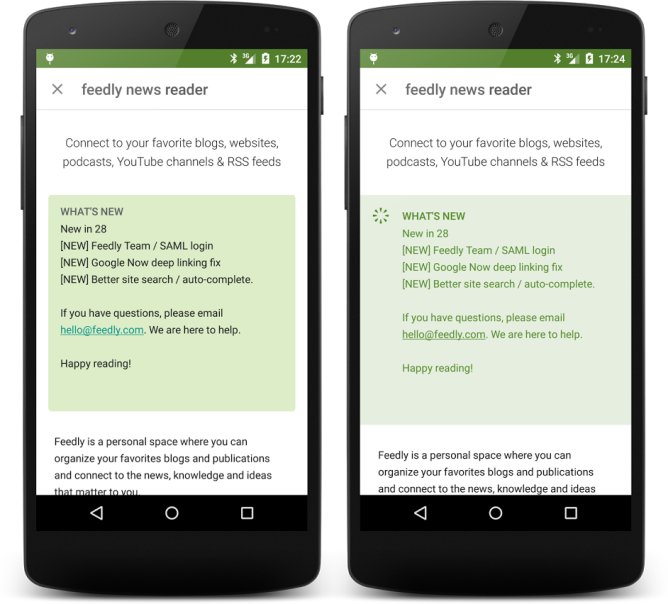 The other change revealed by Grouchnikov is a new theme for the changelog text. The box is still green, but it's slightly lighter. The text is now dark green instead of black. I know what you're thinking—green on green text doesn't sound good, but it looks fine-ish. See above. There's also an explosion (?) icon.

Judging by the file name of the GIF above, this will be v5.7.10, or something like that. As usual, we'll let you know when it's out.

Live Screen Streaming App From Sony Streams Your Screen Live To Twitch And YouTube, But It Only ...