Google really wants you to know that voice searches are a thing, so it's taken to rolling suggestions out to some users in the home screen search bar. We covered that the other day, but since then we've gotten a few tips that similar messages are appearing inside the Google app itself. See for yourself. 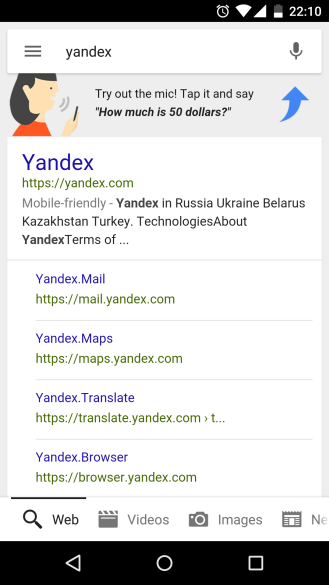 There doesn't appear to be any way to make these suggestions pop up if they aren't already, but I'm pretty much okay with that. I already know my phone does voice searches, thanks Google. Also, to answer Google's question... it's $50, right? How is that even a question?