In Lebanon, we have one seaside road where traffic direction reverses reliably at 11am and 11pm to lower congestion and help more people get into or out of Beirut as fast as possible. It doesn't do miracles on very busy days, but it helps a bit. The idea isn't unique to us and if you live in big metropolitan U.S areas with heavy traffic on some of the highways, then you know what reversible lanes are. The problem is that mapping software doesn't take these lanes into consideration when planning your routes, or isn't always up-to-date on the direction or load of traffic in those lanes. 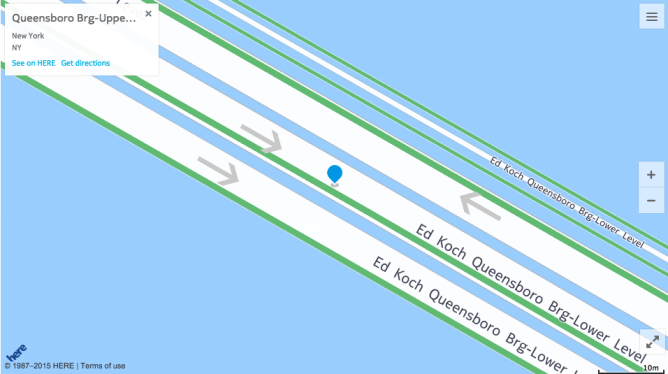 HERE Maps is changing this by adding reversible lanes support in 12 U.S and European (well, there's only one European) cities in its Android app as well as other platforms (iOS, Bing Maps, Fire Phone). Drivers should be able to see the direction the lane is open in and the traffic flow, and thus make better informed routing decisions. The feature is also joining the HERE API, so developers can integrate it in their own apps.

Here is the list of the 12 cities where HERE's reversible lanes will be available:

You should start seeing the changes without any necessary update to the app, but HERE's the link to download the app.

Chevrolet's New Cooling Tech Keeps Your Phone Chilly While It Wirelessly Charges (Via PMA Or ...