If you're debating where to buy a HTC One M9, Verizon Wireless is now offering anyone who picks one up $100 worth of Google Play credit. That's quite a bit of virtual money you can spend on apps, books, magazines, movies, music, and other digital content. 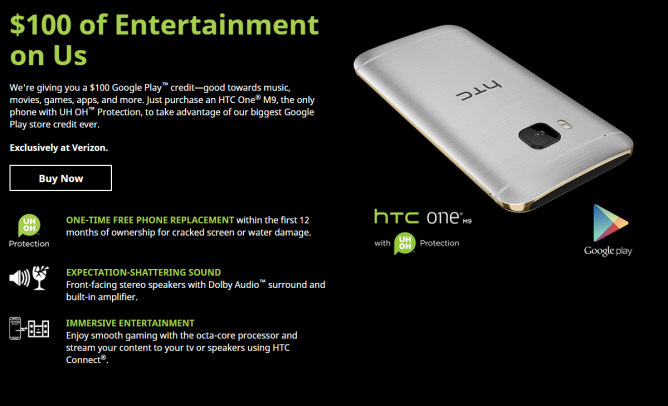 This deal is visible both on HTC's website and Verizon Wireless's product page. Verizon is already a compelling carrier to buy the HTC One M9 from, assuming that you're already committed to paying a substantial monthly bill for service. The company sells HTC's flagship for a total of $600, which is less than its competitors. 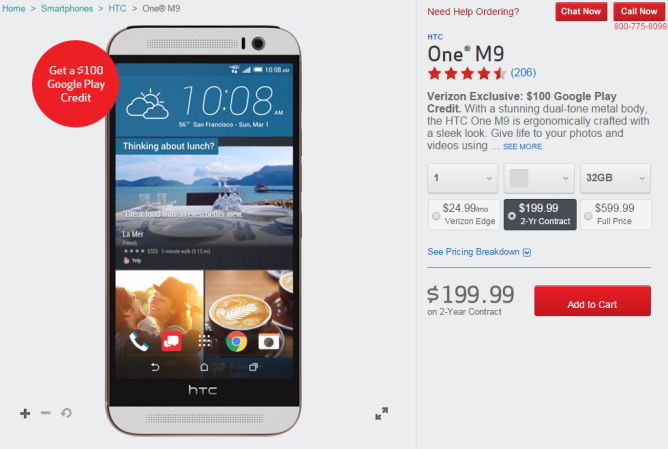 Among the competition, Sprint lets you feel like you're spending less money by getting a One M9 for $100 with a two-year contract (versus the usual $200), but its device ultimately comes out to $650. That said, Sprint doesn't charge as much for service. At the end of the day, the decision of where to get your HTC One M9 depends most on where you live and how much you're willing to see on your monthly bill. If Verizon appeals to you, then now's a good time to pick one up. The offer will last until August 31st.

Solid Explorer 2.0 Is Finally Out After A Lengthy Beta Test, New Paid Plugins Available Too