Before the Galaxy S6 Edge came along with two curved sides, Samsung graced the world with the Galaxy Note Edge. This large handset has only one curved side, which it lines with icons and information meant to supplement what's on the flat part of the screen.

Verizon customers who were intrigued by this idea have had to wait quite a while for Lollipop, but now it's here. The carrier has started to push out Android 5.0 through an over-the-air update to software version LRX22C.N915VVRU2BOF2. 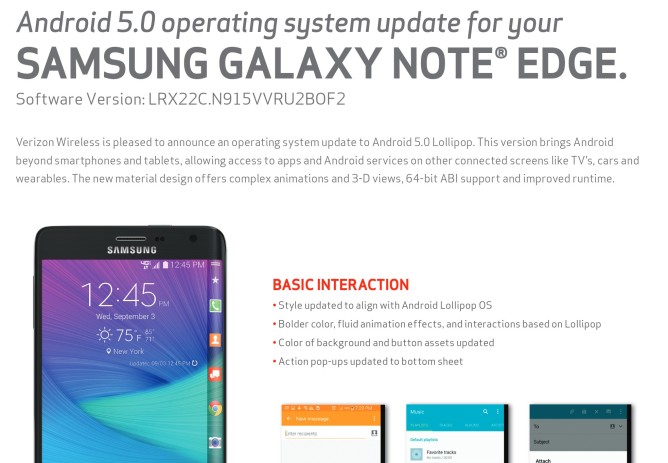 Verizon's Galaxy Note 4 made the leap to Lollipop back in early April. The Note Edge on other carriers started to receive the update at around the same time. But this is Verizon, and waiting for updates is sometimes part of the bargain you make to get access to the largest network in the country.

You probably know what to expect from Lollipop by now, but you can get an overview in the support PDF below if you need it.

Orfox Is The Guardian Project's Latest App For Bringing The Tor Browser Experience To Android, ...