In the grand scheme of the Internet, alt texts don't really matter. FOR THE SAKE OF ARGUMENT, WHATCHA TALKIN' 'BOUT? I mean, they're only little blurbs of text that show up when you hover over an image on the web. YOUR MOM IS A BLURB. Usually, they're just the file name of the image or some insignificant gibberish tacked by WordPress or whatever online publishing tool the website you're visiting uses. THAT'S A BUNCH OF FJAFJKLDSKF7JKFDJ! I mean, in almost all cases, they don't add anything to what you're seeing. STOP USING APPROXIMATIONS. Ok, maybe they matter if you read a certain site called xkcd... TOLD YOU I'D WIN THE ARGUMENT... WHEEEEEE SPLOOSH. 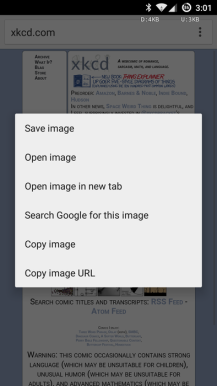 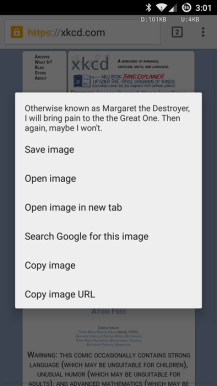 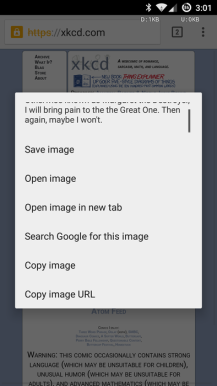 So if you're visiting xkcd on your computer, you know that hovering over the comic gives you an alternative text with more related funnies. That hasn't been possible on Android's Chrome browser, until now in Chrome Dev that is. A new feature has made it through the code commit and aims to bring alt text to your comic-loving eyes. When you long tap on any image in the browser, you'll get the usual options to save, search, or open the image, along with the alt text right on top. It's also scrollable, so you can even read the longest bouts of xkcd humor. 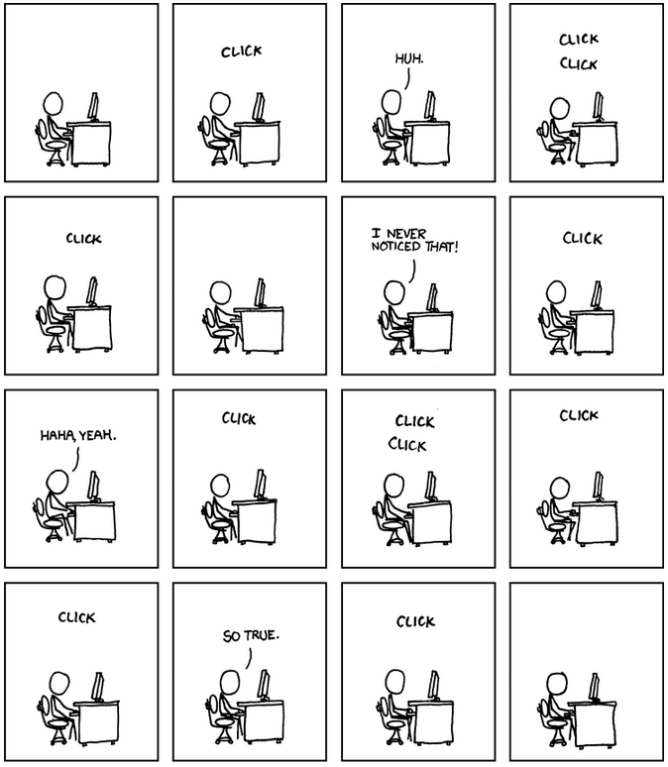 I started writing this post 4 hours ago, I wonder why it took so long...

It's technically the title, not alt text

Alright, so like Internet Explorer back in the day, we got the whole alt/title thing wrong. Well, me, and the Chrome code commit, and Francois Beaufort, and... You get the picture. Technically, what you see when you hover over an image is the title attribute, not the alt text. This is what Chrome Dev has added. Try it on the image above, and you can check the html source to see that it's the title="" that gives you the hover text. (And now my Alternate title makes zero sense.)

Orfox Is The Guardian Project's Latest App For Bringing The Tor Browser Experience To Android, ...