If you aren't familiar with the controversy over Samsung's decision to make the S6 and S6 Edge's batteries non-replaceable, you probably don't follow Android news very much. Because you can't just swap out another battery, more people have gotten interested in figuring out how to ensure they have an operating phone after a long day. One method that owners of many smartphones have been using for years is the battery case. While there are tradeoffs involved in putting a case on your phone that is big enough to house a battery, there is a payoff too: no need to find an outlet or juggle wires when your device would normally be running out of juice.

MOTA's offering stands out, if nothing else, for its price. On Amazon right now, it sells for just under $40. Competitors like Mophie check in at and above $100, which makes a big difference when weighing costs and benefits. The key here is whether MOTA's offering is solid enough in other areas to be worth buying at all. Overall, my take is that it depends. If you want an always-on, everyday case, I'm not sure you will want to stick with this one or any battery case at all.

Still, the MOTA battery case does everything it is supposed to do without any true problems. There are things about it I would change, but they all fall on the side of user preference. Here's a rundown.

A note on measurements. On my scale, the MOTA case weighs considerably more (4.09 ounces) than is listed on its spec sheet (3.04 ounces). Before even being aware of this, I measured both the case and the S6, with the S6 checking in at 4.87 ounces—exactly its listed weight—so I'm inclined to say my scale is accurate.

That leads in nicely to the first drawback for this case. It's heavy. You're coming alarmingly close to doubling the weight of the phone by using the case. It's understandable, of course, given that batteries aren't light. Still, it's inconvenient. Size is also noticeably larger. You're adding 0.35" in height, 0.33" in thickness, and 0.22" in width. This is not small potatoes! It feels really big in the hand.

In spite of that, though, I didn't find it any more difficult to use. The phone with case still fit in my pocket, could still be operated with one hand (by my large man hands), and generally did everything I wanted. Consider it an aesthetic negative for most purposes. 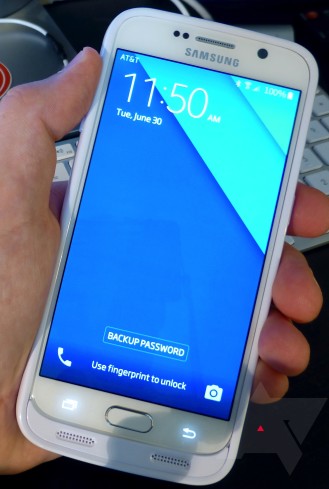 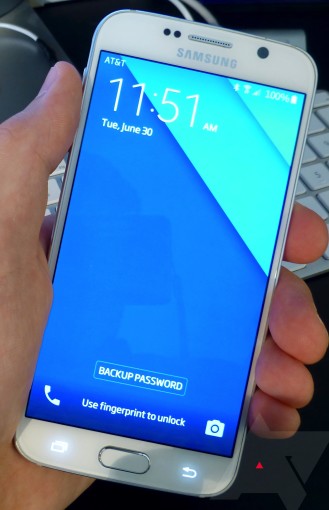 The case charges just like the phone does, via microUSB. There is an included cord, but no AC charger so expect to use the one that came with the S6. It does not charge as fast as the S6 nor does it charge the S6 as fast as the OEM charger.

Quick Charge 2.0 isn't all that efficient from a power usage standpoint, so rather than waste the hulking battery, it works a little more slowly. This is fine since this case isn't really geared towards topping you off, but rather sticking with you all the way to the finish line. I never ran into any issues with using the phone causing it not to charge, like you will see with cheap chargers (from the phone using more power than it is taking in).

A real bright spot, having recently used a Spigen non-battery case, was how easy this was to get on and off my S6. I have mentioned at the outset that I just don't think many people will want to use a battery case all the time, so making it simple to remove is critical. I never spent more than a minute doing it, but I must warn you; it is a two-piece case! I did not read instructions when I first opened it and let's just say I'm lucky that I have a healthy charging port and the male connector on the case is intact. 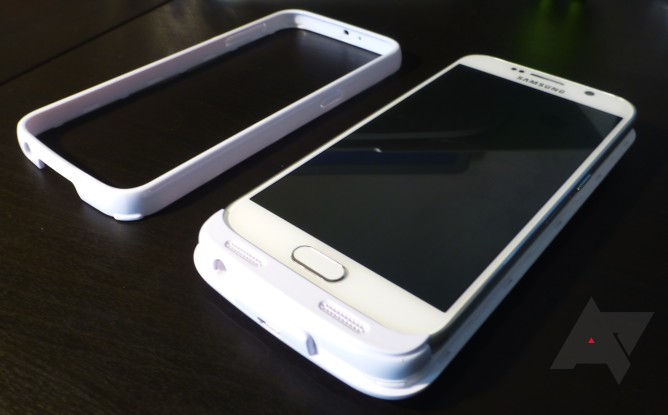 First you set the phone in the base part of the case and then you set the outer part over the top to seal it in place. I'm happy to report that the button covers are done very well and give a nice satisfying click. Lots of cases have jiggly, mushy buttons, but MOTA did these right. Maybe that's only a pet peeve of mine, but there it is.

With that said, there's an issue with the build: the material. This is pure, unadulterated glossy plastic that would fit right in with a Galaxy S3. I didn't know from the product photos that it would be this way. To me, the look is cheap. Others may feel differently or just not care, since most cases tend to trade design for function. For me, I felt like it took away from one of my favorite parts of the S6, which is that it's a pretty sharp looking device. 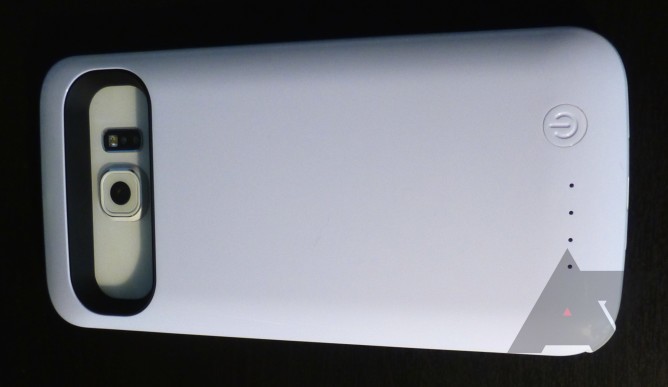 Also, while I thought the white case with white S6 pairing would be a natural match, these are two very different takes on the color white. It never occurred to me how creamy the white on the phone is until I put this bleached-out white case on it. Chalk this up as another "not the end of the world, but some won't like it" flaw.

I'll finish on two appreciated details. First of all, there are LED lights that show you how much charge is remaining in the case, to help you know what to expect and when to charge up. On that note, the MOTA case does support pass-through charging, which many external batteries don't do. This is where the case charges the phone while the case itself is plugged into an AC charger. For those who do that on occasion, it's a nice touch in and of itself.

Also, there is a power button. While this is another thing that you may not notice without looking at instructions (or just opening your eyes for a second), I realized that I appreciated having control over when the case discharged and when it didn't. If I'm already at 100% on the phone, I don't need the case to do that little bit of trickle charging ad infinitum.

Overall, most of the strikes against the MOTA battery case are either inherent to battery cases in general or aren't improved upon by competing products. This type of accessory is just going to make your phone big and heavy, there's no way around it. I looked at Mophie's and others' offerings and none really beat the MOTA when it comes to the size and weight issue (though I am skeptical of the weights published by everyone now). They all also appear to be using more or less the same kind of build material, which may be part of an effort to reduce weight.

I wish MOTA had chosen something other than glossy plastic or bleach white—but do note there is a black version and I am unsure whether it is glossy or matches the black S6 reasonably well—but this is another case where I don't see competitors doing much better. And as mentioned at the outset, this is really cheap for the kind of quality and capability you're getting, so I'm willing to accept some flaws given the price point.

If you're looking for a battery case for your S6, you should give the MOTA a long look. Chances are, most people will find the cost:benefit proposition better with this battery case than any other.