NVIDIA changed the landscape of Android gaming with the original SHIELD. And with that, came top-tier titles of recent years, like Valve favorites Portal and Half-Life 2. Since then, the company has released a slew of killer games specifically for SHIELD devices, including Half-Life 2: Episode One. Today, the saga continues with the third Half-Life game available for Android, Half-Life 2: Episode Two.

HL2: E2 (which is available exclusively for SHIELD Android TV) is joined by a handful of other kickass titles, all of which should be available today in Google Play. Here's a quick rundown, starting with the star of the show.

You probably already know what's up here - you're Dr. Gordon Freeman, there are lots of spawned creaturebeasts and whatnot all over the place, and it's all on you to do what needs to be done. Really, this game needs no introduction.

It's available today for $7.99, and you can get it at the widget below. Never Alone is already available on PS4, Wii U, Windows, Xbox One, and a few other platforms, but today it makes its debut on Android. This game is absolutely captivating - it's based on a story that has been shared across generations by Alaskan Natives, and immediately pulls the player into a beautiful snow-filled world full of fierce predators and caring, helpful spirits of the land.

In this atmospheric puzzle platformer, players are in charge of guiding two characters - Nuna and Fox - across the frozen land, and can be played in either single-player mode or as a co-op where one is Nuna and the other takes on the roll of the arctic fox. 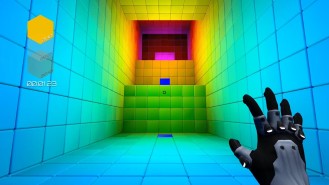 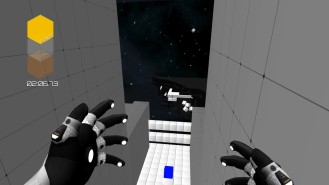 If you're a fan of Portal, then you'll probably feel right at home in Q.U.B.E. This first-person puzzler is very reminiscent of Valve's aforementioned title, though you won't find any guns or blue and orange glowing ovals here - this one takes a different approach altogether. Armed with a pair of gloves capable of manipulating certain cubes in the environment, you make your way through various rooms (*cough* chambers? *cough*) in hopes of making it...somewhere else. I'm honestly not sure, as I just started the game. It's pretty fun though, and challenging right out of the box.

This is another title that's coming over from other platforms, and it's probably the most interesting of the bunch. Basically, Zeus is black, likes funk, and creates Perseus to protect the Funk. Honestly, what more do you need to know? 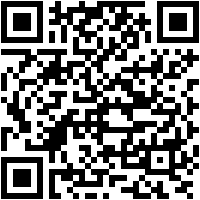