You probably know how this goes by now. According to David Schuster from Motorola, an Android 5.1 soak test started rolling out on AT&T for owners of the 2014 Moto X earlier today. He updated his post a little later to say, "Moto X (2nd Gen) on AT&T is open for pull for the 5.1 Lollipop upgrade." I suppose that means it's final now. 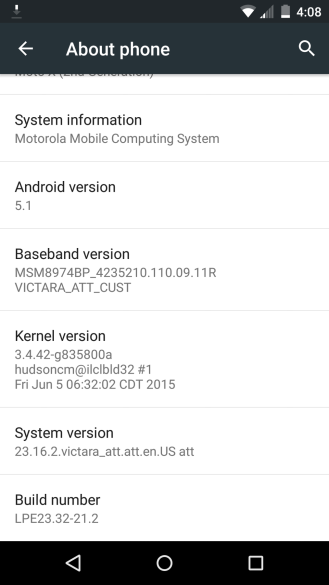 We've got a screen from the soak test version, which is version number 23.16.2. That's close to the Pure Edition and Verizon version number. So head to your update menu and see if you can snag the OTA. You'll need to be on WiFi and have an AT&T SIM card in the phone.