Vainglory doesn't make an attempt to hide its inspiration. If you're not familiar with the standard MOBA formula, it's basically a shorter and more action-packed version of a real-time strategy game where each player controls a single unit. You push across the map or "lane" to your opponent's base while trying to defend your own. Rapidly-spawning AI units will attack for both teams, and you can bolster your attack or defense with small structures as well as your own "hero" unit's special moves. Five on five battles are the de facto standard for MOBAs, but Vainglory uses three on three for a more manageable experience. As the battle progresses you can temporarily upgrade your hero on a branching path or buy items from the battlefield shop. 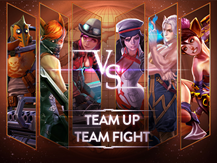 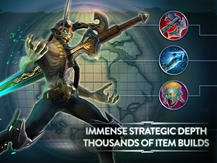 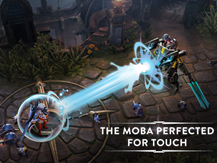 Vainglory's claim to fame isn't that it's emulated PC games perfectly, but that it's the first game to make the transition to mobile in a solid manner. A standard tap lets you both move and attack, with special attacks handled in the MMO-style menu at the bottom of the screen. The graphics are also top-notch (if a little cramped on phones), and each hero unit has its own sense of personality and unique strategic advantage. 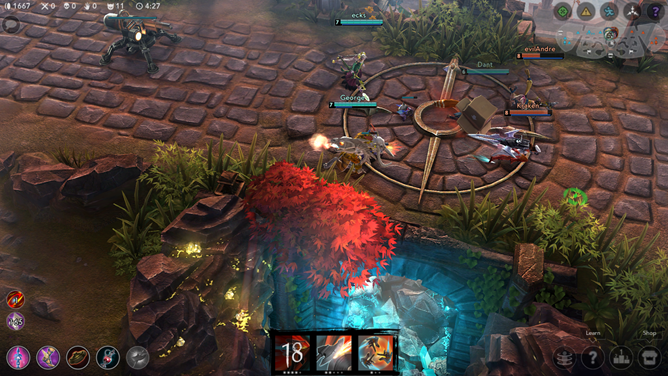 The game is free-to-play and has huge in-app purchases, but since MOBAs have become the biggest freemium games on other platforms, that's not all that surprising. That said, spending money won't necessarily let you crush opponents: power-up cards are supplied randomly and can be traded, and permanent purchases for new heroes and skins don't confer a specific battle advantage in all situations. Vainglory is a free download for phones and tablets, but unfortunately there's no support for Android TV or external gamepads at the moment.