Remember Bomberman? You know, that cute little maze-based puzzle game that got infinitely more fun when you played it with friends? Right, well imagine a Bomberman game... set in a schlocky slasher movie. That's basically BRAWL, the latest console pilgrim to come exclusively to NVIDIA'S SHIELD Tablet and SHIELD Android TV. It's also notably the first Android game we've seen on the Play Store with an "Adults only" 18+ ESRB rating, though that might be a mistake - the game's trailer (which looks like it's taken from the PS4 version) brands it with the slightly less salacious M rating.

In BRAWL, you take control of one of eight characters that seem to have popped out of a Halloween party sponsored by Hot Topic. Gameplay has you moving through the stages and killing bad guys or clearing obstacles with explosives and more conventional weapons. The different characters' capabilities give you interesting play options in single-player mode, where you can literally blast your way through or sneak around with stealth elements. Each character has his or her own backstory that plays out in single-player, very much like the old Twisted Metal: Black.

The real meat of the game is multiplayer, where MOBA-style special attacks and an impressive variety of game modes keep things fresh. (There's even a Splatoon-style mode where you have to paint over the ground with color-filled bombs.) BRAWL can support up to four local players on a single device if you've got four controllers, and if you've paid that much for Android gaming accessories, you probably won't mind the $9.76 price tag. By the way, if you're looking for local multiplayer on the SHIELD that's a bit more kid-friendly, check out BombSquad instead. 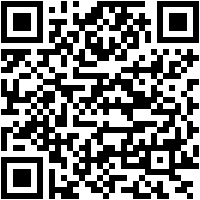