Launching voice commands with 'OK, Google' is an amazingly fluid experience. It is defines the way Google wants to see people using technology, and it shows since it now drives the way we also use Android Wear and the strange experiment that is Google Glass. However, things can go a little haywire when we lose connectivity. If we find ourselves without data, calling out the hotword and trying to issue voice commands fails with a disappointing error about unreachable servers. While there will always be limits to what we can do without data, Google is going to give us something to work with in those desperate times.

Some new text in the app makes clear references to using voice commands to take action even without an active connection to the Internet. Based on these strings, it looks like a card will pop up with "Offline voice tips" including notes about commands that are available.

Both hotword activation and tapping on the microphone will be supported, but the list of actions is very limited. There are only four options mentioned in this version, but we can probably expect to see more in the future:

It's not clear if these commands will allow for flexibility in phrasing or word order like: "Turn Wi-Fi on," or, "enable Wi-Fi." Likewise, there's nothing to indicate if it will be possible to interpret contact names or achieve dictation. The accuracy may not be as high without Google's servers to help out, but it seems like some voice processing will be necessary, otherwise there's not much point to starting a command to make a call or send a text with your voice if you can't complete it the same way.

I've tried a few times to activate offline mode without an active connection, but I've had no luck so far. The functionality may not be ready to launch, or Google might be holding it back a bit longer for a big unveiling. I'm not sure about anybody else, but I'd love to have "Play some music" when I go camping in a couple of weeks in an area that doesn't get reception.

Continuing with the theme of connectivity issues, it looks like there are going to be warnings when you're connected to insecure networks. Exactly how and when these warnings will appear isn't clear, but they don't pull any punches. The wording speaks of "attackers" that may be able to snoop on user searches and web browsing. It looks like there will be buttons to temporarily use an insecure connection despite the warnings, which suggests this functionality might also be able to block activity if users don't make a choice.

Voice Commands For Brightness And Volume

Circling back around to voice commands, it looks like we're going to have some additional settings to control with just a few words. Earlier this year, Google turned on a few vocal shortcuts for quickly enabling and disabling Wi-Fi, Bluetooth, and the camera flash. Handy though they may be, there are plenty of other settings that deserve some attention. The new targets are Screen Brightness and Volume. 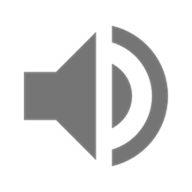 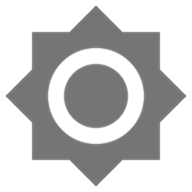 Of course, the common thread between these two settings is that they are both generally controlled by sliders, not just an on/off switch. That's probably the reason they weren't included in the original batch. The phrasing for these commands isn't specified anywhere that I've found, but I expect it will be along the lines of "Set volume to 70%." Besides being the most obvious way to make the command, it gives a nod to Star Trek's famous voice-controlled environments, something Google is known to do from time to time.

It seems that most of Google's apps, at least the ones that make sense, have added support for streaming their content to a Chromecast or Android TV, and those that haven't yet are probably not very far off (e.g. the new Photos). There's no reason Google Now shouldn't join the party, or rather, it's going to be able to crash the party. It looks like there is going to be a new card that shows users if they are connected and allows them to end a session quickly.

How much do we need a card in Google Now for quick disconnects? Well, it might be more useful than you would expect. To begin with, this is a single, quick, and consistent way to stop any app. The design guidelines are pretty clear about the way users should be able to start and stop a session, but if we're being honest, not all apps follow the rules. Even when they comply with recommendations, there can be times when users enter screens that don't implement the Cast button (e.g. Settings).

Another potential issue is an app that becomes unstable and may not be able to recover. As long as the device still knows it's responsible for the stream, Google Now should be able to step in and drop the final curtain.

Note: There's nothing to suggest Google Now can initiate a Cast session, only stop one.

One new string and a few images make up the evidence for this one. There's not a lot of context, and I'm not sure if everything here is necessarily connected, but it looks like Google is planning to generate maps related to a user's activities. The string is simply a title for whatever map is shown, but the name of the string indicates that it will be relevant to "local results," which probably means it will be related either to a user's current position or to a general location that has been the focus of recent Google searches.

I can't be completely certain this is part of the same feature, but the Google Maps icon has also been added. It only makes sense that this would be displayed next to an actual map as it's shown.

Again, I'm not sure if these are part of the same feature, but some new icons turned up with the word 'local' in the name and an obvious relationship to things most people are likely to search for in a given area. If connected, it's likely users will see a thumbnail of an area decorated with one of these icons to indicate that they can pull up maps with gas stations, restaurants, movie theaters, and other attractions.

Continuing on the trend of map-oriented content, two more icons suggest we're probably going to get more advisories about mass transit, particularly for busses and trains. These might appear with the existing commute card, with appointments that require traveling some distance, or a number of other situations.

A couple of weeks ago, the Inbox app enabled a pair of new shortcuts for a quick way to compose a new message or jump straight to reminders. It looks like Google Now is about to offer the same functionality. A single icon makes the functionality perfectly obvious. It's named ic_reminders_launcher_shortcut, which basically spells out that it belongs on a home screen and it will be implemented as a shortcut (as opposed to a widget), making it virtually identical to Inbox's. 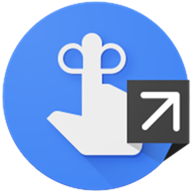 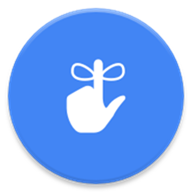 The two icons are obviously very similar, but clearly distinguishable from each other for having different sizes, slightly different shapes, and the very distinctive black flag with a white arrow on Google's icon.

Obviously, Google's shortcut will lead to its own Reminders interface, not that of Inbox.

Teardowns are mostly about making educated guesses, we all know this; but there are times when some piece of evidence turns up and the guesses would feel a little forced. There are a few new icons that are interesting and have perfectly obvious purposes, but there are dozens of ways that they could be used and there are no other obvious things that they connect to. So, I'd rather just place them here for our readers to think about.

The YouTube icon is pretty obvious – it will adorn a recommended video. But how these recommendations surface is unknown. Likewise, the temp icon is obviously a thermometer, but it could end up in the current weather card, future forecasts, travel advisories, or something else.

The most interesting icon is for attach_money. Again, it's not clear how and where it will be used, but it's obviously intended for a quick way to transfer money to another entity. Will this be for friendly transactions between people who know each other, like paying a share of a lunch tab, or will it be for paying a business? Could it include purchasing event tickets, paying utility bills, or covering a dinner check? Even within those areas, the potential is pretty wide open. There's not enough for me to make a reasonable guess, but this single icon definitely has our attention.

[Weekend Poll & Discussion] Do You Use Google Drive? For What? Do You Like It?