Motorola's David Schuster is just a wellspring of information lately. After announcing the official start of the 2014 Moto X 5.1 update and the Verizon soak test, he's offering a little heads-up on the first gen Moto G and Moto E. 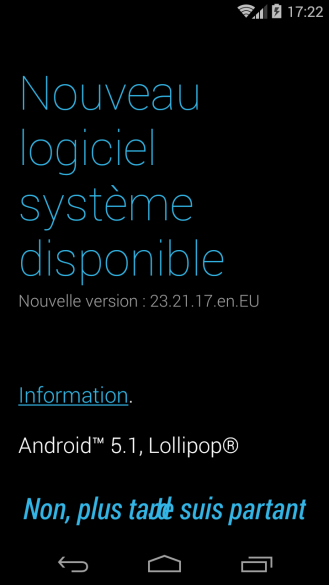 According to Schuster, the first gen Moto G LTE is getting a full soak test in the US today, but we've also seen reports from other regions. For example, a unit in France as above. That update is already listed on the Motorola website if you want to see the full changelog.

The original Moto E is also getting some attention after a recent problem with the Lollipop update. Android 5.1 is going to be deployed as a soak test in India and Brazil next week. It will then expand to other regions if nothing breaks.