Google Drive and its host of specialized editors have been improving by leaps and bounds, this year. Over the last few months, we've seen big new features like drag and drop file management, Chromecast support, and much more. The latest update builds on top of the recently added drag and drop interface to give users even more ways to manage multiple files quickly. There is also an overhaul to the interface for selecting collaborators and viewers which makes the experience immensely better. Naturally, we've also got a download link to APK Mirror at the end of the post. 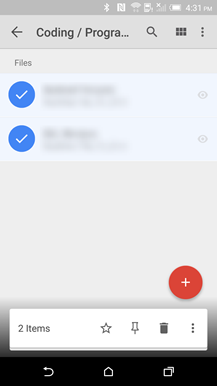 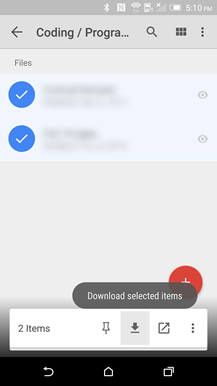 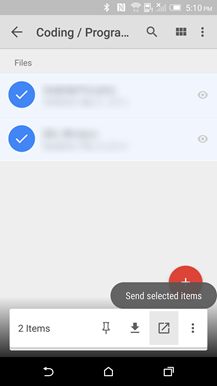 The headlining feature in this release brings a pair of new actions to the multiple-selection interface. Users can now put together a selection of files and hit a button to either batch download all of them to local storage or send/share them to another app. The buttons take the place of Star and Remove (the trash can), which have been pushed into the overflow menu. 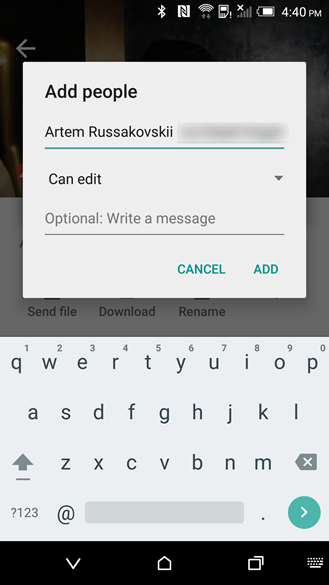 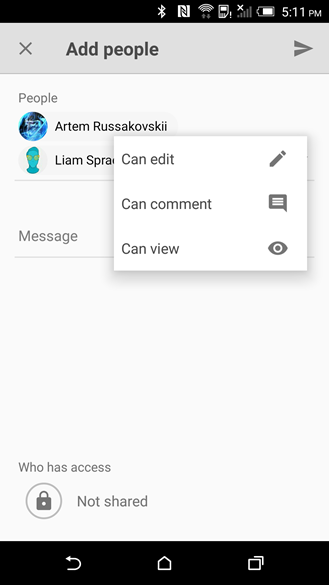 The other notable change appears in the Add People interface, which has been replaced entirely. The old version appeared as a fairly generic dialog box with a single line for entering people, a selector for their editing rights, and a line for a message to send along with an invitation. Each person in the invite list was shown with a full name and email address, which quickly filled up the visible space and made it difficult to see more than one invitee.

The new version provides the same set of fields, but significantly improves visibility by expanding the invite list and showing chips for each person. Email addresses are shown while picking people, but stay out of the way the rest of the time. Not only does this look better, but it's considerably easier to work with.

This change has been in the works for a few months, and was first discovered in a teardown back in April.