Facebook would really appreciate it if you would help them take over the world. You know, if you're not too busy or anything. To that end, they've decided to make Facebook Messenger (recently graduated from a simple social network feature to a quasi-platform) truly stand on its own. So now you can use Facebook Messenger even if you're not one of the billion or so people with a Facebook account - or even if you are, and you don't want to associate your account with your messages. 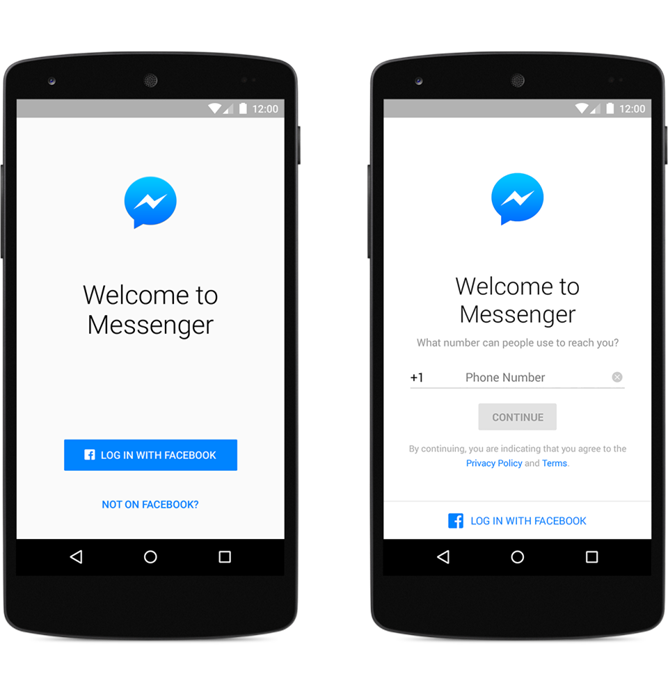 Facebook made the announcement in its official Newsroom blog, encouraging new users to simply use their phone numbers to create a Messenger profile. Interestingly, this is more or less what makes WhatsApp (which Facebook purchased for a staggering $22 billion back in February) appealing to so many people - both platforms are now essentially an end-run around text messages that at least some carriers still charge for. Note: an older version of Facebook Messenger could handle standard SMS messages.

Material Theme Available For The Samsung Galaxy S6 And S6 Edge, Looks More Like Lollipop And ...