If you were to look back through all the articles that I have written since Artem begged me to start writing for Android Police (actually, it may have been the other way around) you would notice that almost half of them are deal alerts. The reason why, is that I genuinely love a good bargain. Getting new gadgets is great, but getting new gadgets at a discount is awesome! The deal I'm sharing with you today is the best kind of discount. 100% free. Now that's a good deal!

Conan O'Brien, the red headed late night comedian, along with sponsor AT&T, have generously offered to give away an unspecified number of free Google Cardboard VR headsets to celebrate the return of the Conan 360 segment this July. The headset will allow you to watch 360º videos of Conan's silly antics on your Android or iOS device. Not into Conan? That's ok, the VR headset will work for any other Google Cardboard app you want to play around with. 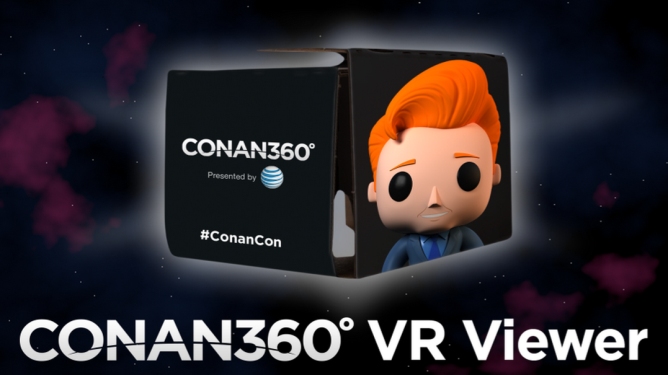 The only small negative I can see is that the headset is sure to be absolutely plastered in advertisements. Then again, the alternative is a headset the color of cardboard, because, well, it's made of cardboard. Maybe advertisements aren't so bad.

To sign up to receive your own free headset, visit this website and fill out the form with your name and address. There are a limited quantity of viewers available, so sign up quick if you want one!