If you're a frequent user of the upload and convert feature in Google Drive/Docs/Sheets/Slides, you'll be happy to hear that it's gained a few new tricks today. Specifically, Google's cloud office apps can now display and "read" more image formats. According to this Google blog post, Docs & Company can now convert TIFF-formatted images (which are popular among graphic designers for extra-large images) and those that use the Cyan, Magenta, Yellow, and Black (CMYK) color profile instead of RGB. 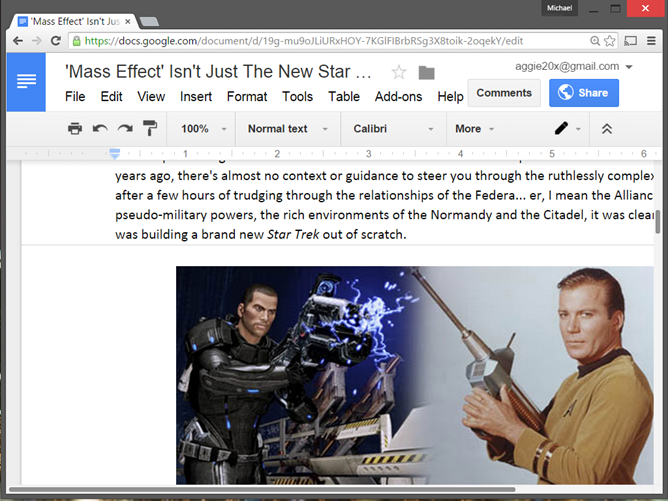 Google's conversion goes on in the background at the server level. Images embedded in Microsoft Office documents and similar formats should be converted automatically. At the moment uploads and downloads/conversions on the web already have the new support options, and Google's various Android apps should see them in an update soon.

Facebook v37 Is The First Version That Can Be Moved To An SD Card, But It's Kind Of Weird Right Now