The official Dropbox app took its first step into a material world several weeks ago with the v2.6 update. That was followed by v2.7, but both of these were beta releases. Now it's bumped up to v3.0 and is rolling out to everyone via the Play Store. 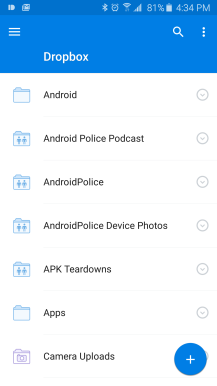 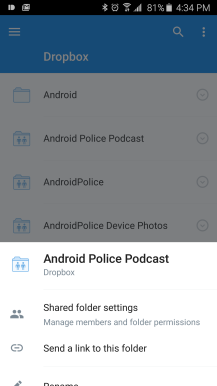 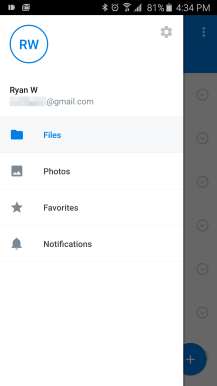 As with the previous material releases, this one has a floating action button, colored status bar, and hamburger navigation menu (not the right layout). There's still no multi-select or pull to refresh, though. You might also notice the status bar (at least on the GS6) goes back to black when you've got a menu open.

Refresh was missing entirely in v2.6, but it was added in v2.7, and it's still there in the overflow menu on v3.0. There might be other new features lurking in there, but I haven't noticed anything yet. The update is making its way out to everyone in the Play Store, but you can grab it from APK Mirror right now.