When you enable USB debugging on your Android phone or tablet, then plug it into your computer it gives you a single prompt to enable ADB debugging, after which you can manually adjust the automatic behavior from the Settings menu. At least it's supposed to - apparently with later versions of the ADB.exe Windows file, the prompt is appearing every time you plug an Android device in, whether you've set the automatic behavior or not. 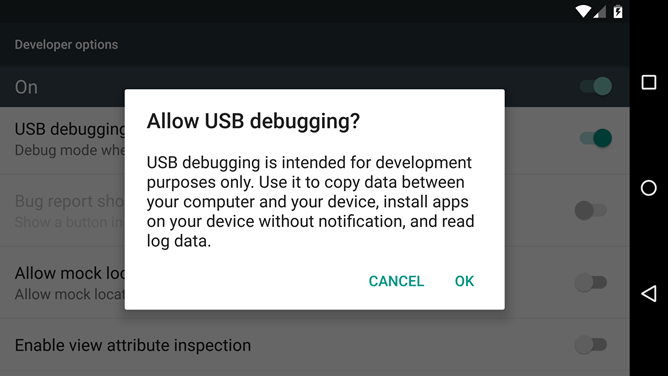 If this has been annoying you, check out this post from Googler Elliott Hughes. Apparently the problem stems from a simple code error, a single letter in the wrong place for a call that Windows doesn't support. The problem isn't critical as it is and will be fixed with the next major Android SDK update, but if you'd like it gone right now, you can download the latest version of Google's platform tools.

Download this ZIP file, extract the contents, and replace the platform-tools folder in your Android SDK with the new one. That's it, no more annoying pop-ups!