Back in May Spotify offered a healthy serving of new functionality to iOS users that, dagnabbit, we Android folks wanted too. At the time, we were told that our taste would come in the near future with no specific timing. Well, premium Spotify subscribers have started to see the features show up in the latest beta updates. 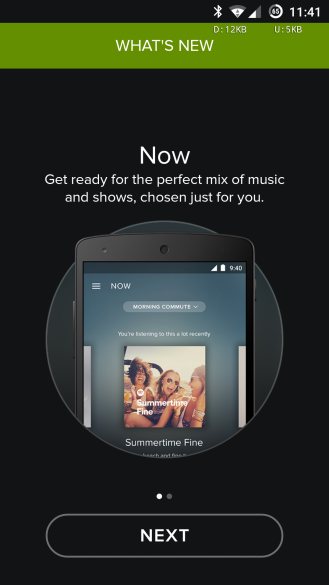 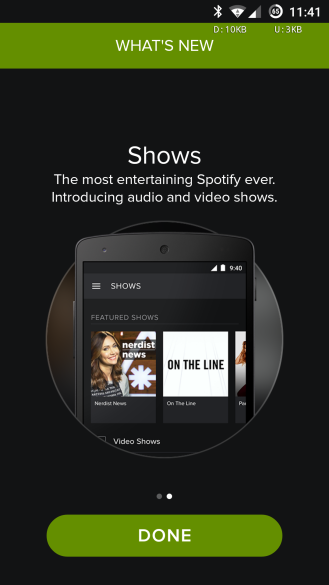 We detailed the changes back when iOS got its hands on them, so I'm going to skim over them now. There's a new "Now" start page that provides music based on the time of day while also adapting to your mood and personal tastes. There's also Running, which offers upbeat tracks to listen to when you hit the track. We also see, in what is a big shift for Spotify, the introduction of video shows from the likes of major networks such as ABC, Comedy Central, and ESPN. There are audio shows as well, which refers to podcasts such as Stuff You Should Know and TWiT. 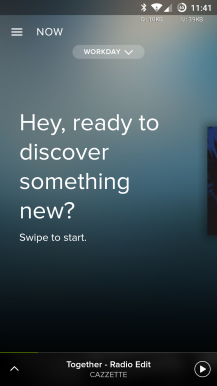 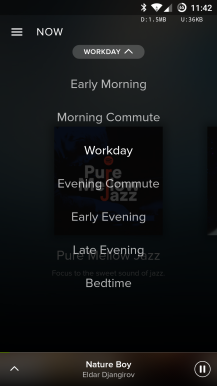 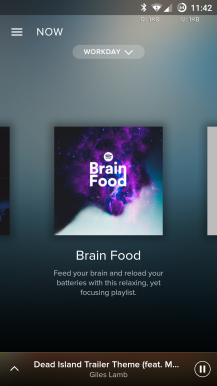 If you want in on the beta, here's what you need to do. Like the iOS version, these features are only available in Germany, Sweden, the UK, and the US at this time. Nevertheless, here's the APK.

The app is cryptographically signed by Spotify to certify that it has not been tampered with. Download the file to your Android device, allow installation from unknown sources in your security settings, and then open the .apk file to install.