The fine engineers at Google have been hard at work with some cool new features to both the WebView package and Chrome for Android. Recent updates to the Chromium project have extended Contextual Search to tablets, and there is now partial support for the new text selection features introduced with Android M. Even the T-Rex easter egg game got a little bit better. 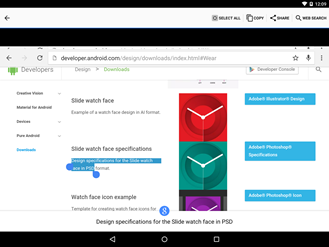 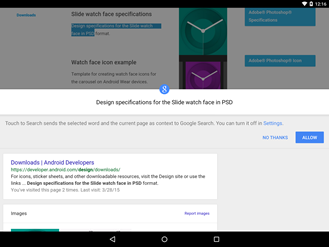 If you've tried selecting text in Chrome on a phone recently, you've probably noticed a cool little popup at the bottom of the screen that acts as a shortcut to search for the selected term. Google calls this Contextual Search, and it's really just a quick way to pull up some information and return to your original task. Oddly, this same functionality wasn't available on tablets, only phones. That is, until now. As of version 45.0.2431.0, Chrome for Android (Dev, for now) and the Android WebView (Lollipop and above) now offer Contextual Search on tablets. 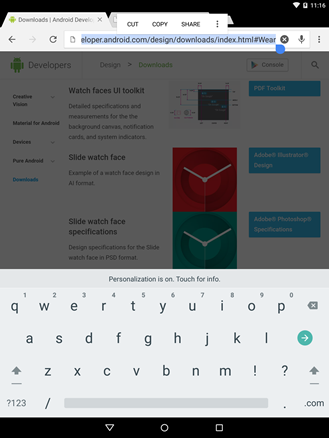 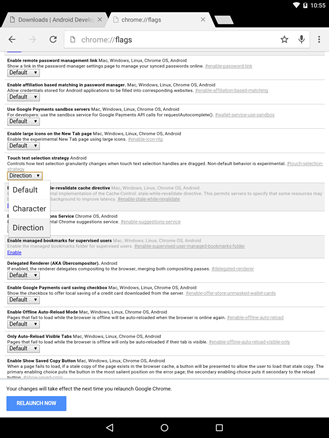 In our Android M Feature Spotlight series, we discussed some of the cool new features the platform brings to text selection. As of the last couple minor updates to Chrome Dev, the floating menu now appears next to selected text in the address bar and text fields on web pages (left screenshot).

Another feature announced with Android M also became available recently, though it's a bit older (by a few weeks) and doesn't actually require Android M. The actual selection process of dragging through text one word at a time is available in both Chrome Dev and Chrome Beta. It has to be enabled through chrome://flags in an option titled "Touch text selection strategy." Simply choose "Direction" from the list and relaunch Chrome. This still isn't quite like the version demonstrated with Android M because it requires starting the selection with a long-press, then grabbing the handles. When M launches, it will allow for a long-press that is immediately followed by the drag. 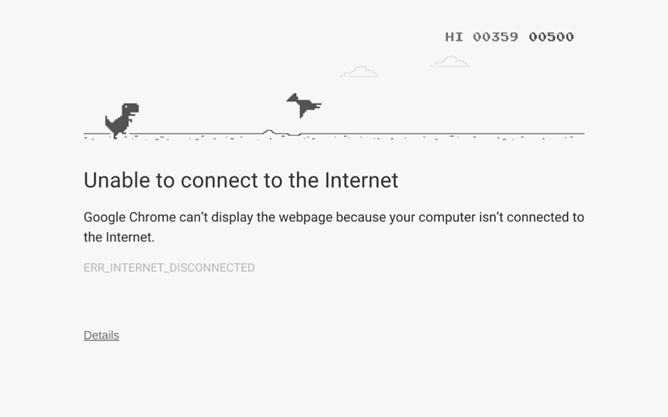 If you're stuck in the middle of nowhere without service, and there aren't any games installed to pass the time, you're not completely out of luck. There is a mini-game called "T-Rex" built right into the more recent versions of Chrome. Just try to open a page and look for the little blocky T-Rex icon. Tap it and you're ready to play a basic endless runner. While the game has been around for a few weeks, it now has a new character: a flying pterodactyl that shows up once your score hits roughly 500 points.

WebView v45 hasn't been released quite yet, but Chrome For Android Dev is available. You can pick up the latest version from the APK Mirror link below.