After about a week of speculation and confusion, Samsung has released an official fix for the disappearing quick toggles bug. In case you missed it, we reported just a few days ago about a strange bug affecting some owners of the Samsung Galaxy S6 and S6 Edge. Basically, some of the quick toggles that you see when pulling down the notification shade were disappearing. For instance, the on/off for mobile data would be there when people bought the phone, but over time it would simply go away.

If you look below, our David Ruddock's S6 and S6 Edge have different options for these settings even though they originally had the same set of choices. 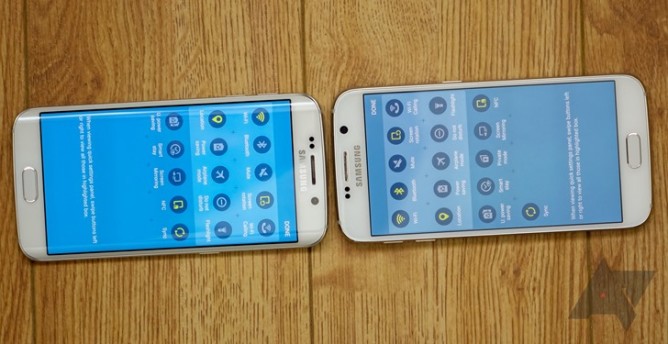 The most common reports were that mobile data, hotspot sharing, and private mode would disappear with no apparent rhyme or reason. As complaints initially flooded in, Samsung's only advice was to factory reset the device, which would restore the toggles, but not forever.

A user on XDA Developers started distributing an APK that did seem to work at bringing back those missing options, even without root. Of course, no matter what someone's e-reputation is, it's always better if there is an official fix. Now there is! Samsung has published a remarkably similar app to GALAXY Apps called QuickPanel Restore. If you're reading from your S6/S6 Edge, you can click here to go directly to it.

And when I say it is very similar to the unofficial version from XDA, I mean that because I had that version on my S6 when I went to download QuickPanel Restore, GALAXY Apps thought I already had their official app, but in an older version. I ended up needing to uninstall it to get the Samsung version. 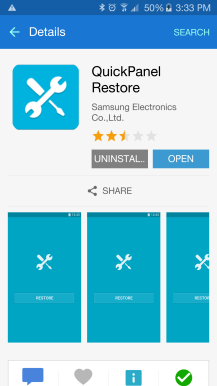 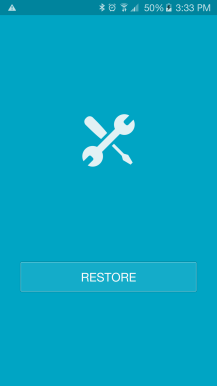 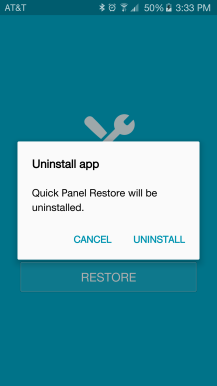 It's a very simple process. You'll download it, open it, click restore, and the app will then prompt you to uninstall. And sorry AT&T users, this won't bring you the mobile data toggle that you never had, for whatever reason.