Luftrausers is one of the most intense games to launch with the NVIDIA SHIELD Android TV, and it doesn't let up from the first moment. You launch your small aircraft into those dangerous skies and start your all-out attack within moments, no tutorial required. And while it all looks great on your HDTV, maybe you could use just a little guidance with some of the more opaque aspects of the unexpectedly dense gem. Here are a few good rules of thumb for new pilots:

Turn down the throttle occasionally - Yes, obviously you want to keep your ship above water to avoid certain death, but that doesn't mean it's always full speed ahead. Letting up on the gas momentarily may make you more vulnerable, but it also means your aim is a lot better too. When you've got a lot of enemies on your tail, hitting the brakes and turning around can do wonders for your scoreboard. 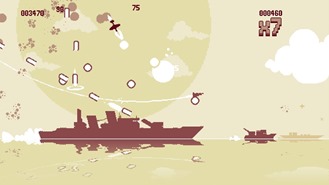 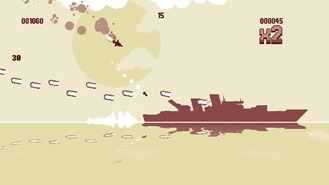 Know when to back off - Yes, Maverick in Top Gun would push right into the Danger Zone to take down a bogey, but sometimes caution is your best friend in Luftrausers. As your hull gets smokier and your view starts to shrink, it's time to stop firing your weapon and give your ship a few moments to heal. It may be frustrating to watch a couple targets escape - you simply need to trust that they'll still be there when you've recovered.

Patience is the key to sinking battleships - The massive warships are the first enemies you spot that take more than a couple shots to destroy, and they may seem invincible at first. Rest assured, they can be destroyed, you just need to be ready to wait them out. Try a series of strafes back and forth over battleships, staying relatively close as you do a series of bombing runs. And don't forget how far up you can fly. Many weapons hit enemy ships off-screen, so if you soar high enough, then head back down, you can score a number of good hits before a battleship is even visible.

Keep experimenting with loadouts - So many different parts unlock over the course of Luftrausers that it's foolish to stick with the initial equipment. The different mixes of speed, damage, and weapon types offer a ton of options, and you won't know what works until you try. Homing missiles and melee attacks might not fit your style at first, but that could change once you try them in the skies.

Don't underestimate melee - Speaking of blunt force attacks, a kamikaze dive at an enemy may seem like a last ditch effort to score a couple more points by taking them with you. However, as you get sturdier bodies for your plane, you'll discover some chassis that work best taking the direct approach. Smashing your ship directly into another while using the right gear will leave you with nary a scratch, making sky combat much more visceral than the standard shoot 'em up approach. 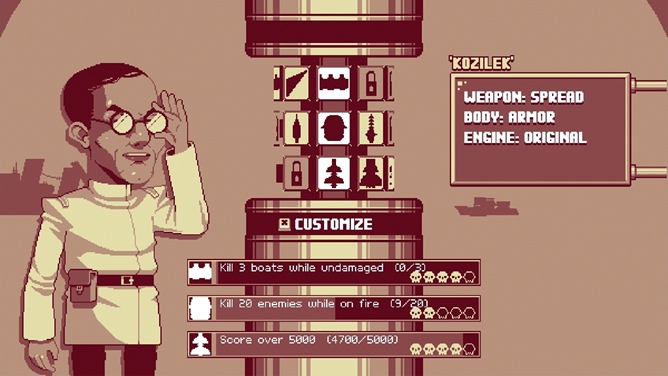 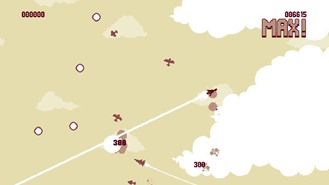 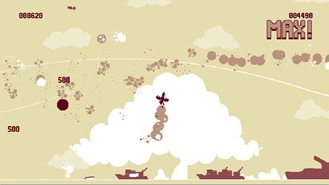 Hopefully those tips will get you flying in the right direction with Luftrausers, and there's just one more tip for when you start playing on the NVIDIA SHIELD Android TV. As intense as it might be, try not to grip the controller too hard - you might hurt yourself.

The HTC One Max Is Being Updated To Android 5.0 In Some European And Asian Territories