Believe it or don't, there are a lot of people who care a surprising amount about Google's official Android clock app - enough that there are six different versions of it on APK Mirror, for example. Today Google has finally decided to post the app to the Play Store, enabling automatic downloads for millions of Android users and letting the company refresh the app free of over-the-air updates. You can download it right now. 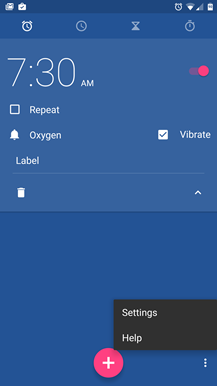 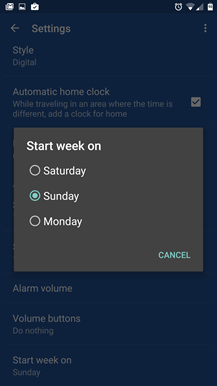 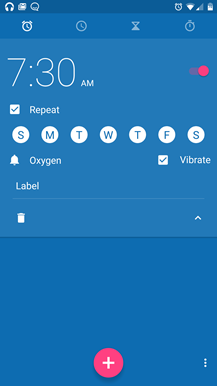 The version on the Play Store is 4.0.1, which is actually the same one featured in the Android M developer preview. It's essentially the same as the one you've probably been using since KitKat was released, but it adds the capability to manually select which day of the week the recurring calendar starts on, Saturday, Sunday, or Monday. It's a handy tweak since different calendars and scheduling applications tend to disagree, for some reason. Unfortunately there's no option for the other days of the week, which might have been a boon to users who don't work at a standard nine to five. The app also has world clock, timer, and countdown functions.

The current app is compatible with all Android phones and tablets running KitKat 4.4 all the way through Android M. Don't expect the Clock app to be updated on a regular basis, but at least you won't have to wait for your manufacturer and carrier anymore.

It looks like certain phones and/or ROMs are having some serious trouble getting the Play Store version of Clock to run. If you're rooted, one solution is to remove the stock Android Clock app manually, then reboot your phone and install the new version from the Play Store.