T-Mobile has been responsible for seriously shaking up the American cellular carrier for the last couple of years, disrupting nearly every area from contracts to phone subsidies to data sales models. So hearing that T-Mo's parent company Deutsche Telekom may be interested in selling it off is somewhat alarming. Hearing that they may be interested in selling to Comcast, quantifiably one of the most despised companies in the entire country, is like watching that head-crushing scene from Game of Thrones all over again.

Reuters reports that Deutsche Telekom is in active talks to sell T-Mobile USA to cable giant Comcast, according to business magazine Manager, which cites anonymous sources. The magazine says that T-Mobile is actively discussing sale proposals with multiple interested parties including DISH Network, which was indicated earlier this month. DISH previously attempted to purchase Sprint before it was sold to Japanese corporation Softbank.

An attempted merger between Comcast and its nearest competitor Time Warner Cable was abandoned after coming under extreme pressure from US telecommunications and business regulators. Deutsche Telekom has been looking for a buyer for T-Mobile for years (including American carrier AT&T Wireless at one point), and the idea that Comcast wants to diversify its assets with a wireless carrier seems like a natural progression for the company. Comcast's reputation for anti-consumer practices and nightmarish customer support has made it a frequent target of consumer advocacy groups - it's the reigning "winner" of Consumerist's "Worst Company In America" award. 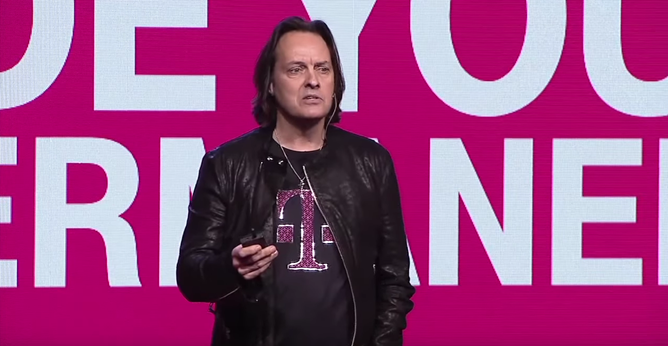 Take heart, T-Mobile fans, for all is not lost: according to an update posted on Ars Technica, Comcast is not in fact interested in any deal for T-Mobile. The news site claims that Comcast's pre-existing partnership with Verizon Wireless means it's not in the market for another wireless carrier. That story, too, cites anonymous sources.

Androidify App Updated To v4.0 With New Clothing Items And Animations, Plus Evidence Of A ... Google Photos Bumped To v1.1, But It Looks Like A Minor Tweak And Bug Fix Update [APK Download]