So far, Verizon and T-Mobile models seem most affected, though there have been reports of the issue by several AT&T users and at least one person on Sprint. I could not independently verify that this issue affects all four US variants of the device - I'm simply going on what we're seeing people report. However, when it does happen, it's quite obvious, and two posters at XDA have provided video of the issue that show the issue is indeed very real.

For the record, testing on my Korean F500L model, I am unable to replicate the issue to any degree whatsoever and have never noticed any touchscreen problems on my device. If you want to test your G4, the app below is a decent tool, and you can see the difference in responsiveness of a G4 using the app versus a G3 in the video at this link. 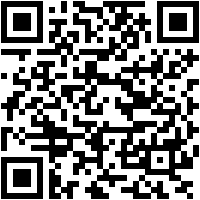 Some users claim switching to a custom launcher reduces the severity of the problem, but it doesn't seem confined to the launcher itself - the issue also occurs in keyboard apps, with the letter "P" often going unregistered on affected phones. Slightly more worrying, in my mind, is that owners who have their devices swapped out seem to have mixed success in terms of the issue resolving. For some, it's just the same when they get a new device. For others, it goes away.

I wouldn't be 100% sure it's a hardware problem, though - it's possible some devices are simply experiencing a bug resulting from a confluence of factors that are basically invisible to the end user, and that a firmware update may address it once said bug is identified. Of course, given how little we really know at this juncture, I would wager it's equally probable that there is a hardware issue and that a certain batch or batches of phones have been affected. As of yet, I've seen no consistent evidence pointing one direction or the other. We also have no real idea just how widespread the problem is - our only tips to date have cited this XDA thread.

Speaking to us, LG confirmed it is aware of the problem but has not been able to identify the cause or potential solutions. If you're one of the people suffering from this apparent software or hardware defect, sit tight - LG assures us it is actively investigating and we're keeping an open line of communication with their corporate headquarters as this story develops.

[Deal Alert] Various Bluetooth Speakers Going For Up To $90 Off In Amazon Father's Day Sale, ...