After a nearly decade-long run, The Colbert Report is over. I know, Colbert Nation, this news is still sad half a year after the final episode. Stephen Colbert has decided to move on and will take over for David Letterman as the new host for CBS's The Late Show. And no, he won't be the satirical conservative that Americans all across the ideological spectrum found reason to love—though he will still be pretty goofy.

The Late Show with Stephen Colbert won't debut until September 8th, so we still have three months of waiting left to do. In the meantime, CBS has pushed a mobile app into the Play Store to hold us over. It goes by the name of Colbr. 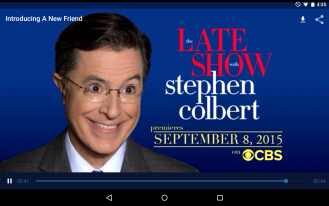 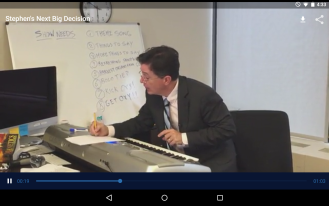 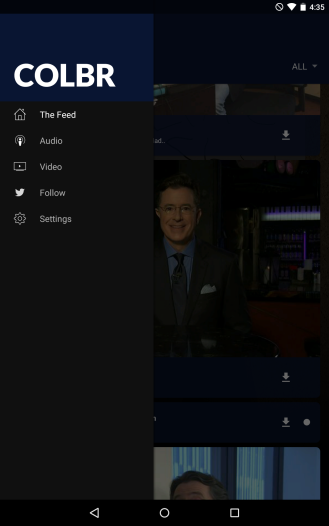 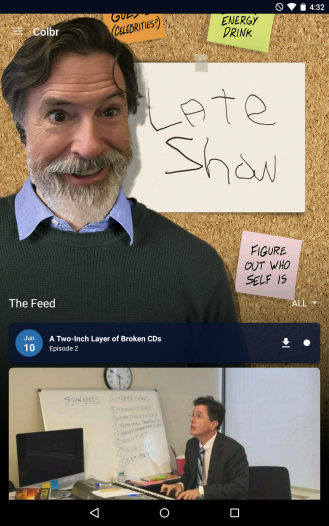 The app provides a feed of audio and video clips to tide you over through the remainder of the summer. Posts started showing up on June 3rd with the launch of the new website and iOS app. Since then, four videos and two twenty-minute podcasts have gone up. That amounts to a relative decent serving of Stephen Colbert each week, hopefully enough to keep you satisfied until he's again staring out into your living room every night.