NVIDIA's SHIELD Android TV box has only been available for a few weeks, and it's already getting its over-the-air update. This one improves a handful of the SHIELD's app functions and its accessories. Notably, software build 1.2 enables 4K output in Google's Photos & Videos app, provided of course that you have a 4K TV to view them on. According to the changelog it also improves streaming performance for both Netflix and Google Play Movies. 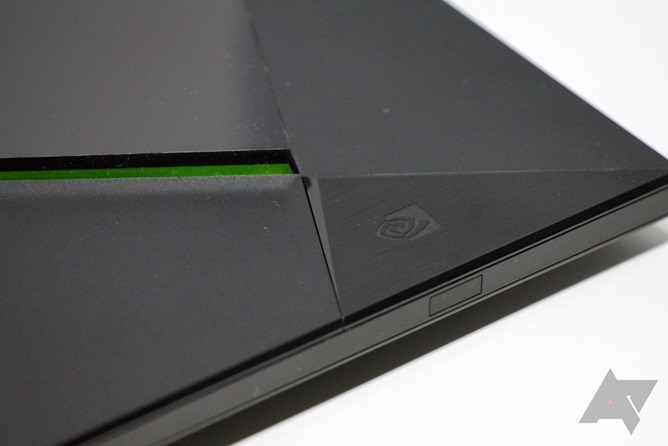 One of the best tweaks NVIDIA made to Android TV's core software is the ability to run apps off of an SD card (especially handy if you didn't wait for the 500GB Pro model), and to automatically install said apps to external storage. The changelog says that this function is now enhanced, but doesn't say exactly how - hopefully it no longer requires the apps to be placed on primary storage first? Version 1.2 also makes the sold-separately SHIELD Remote quicker, and adds an on-screen alert when the battery gets low, like the one for the included controller.

Lastly, this update adds enhancements for the NVIDIA GameStream service, which lets you play PC games off of a GTX-powered gaming PC on your local network. Poor GameStream performance was one of the issues the SHIELD had in our review, so hopefully this is noticeably improved - I'll be checking it out on the review unit when the update comes in. NVIDIA usually sends out software updates all at once, so you should see an alert if you use your SHIELD TV later today.

Oddly, there's no mention of native MPEG-2 codec support. An NVIDIA representative said that the feature would be coming soon.

It looks like MPEG-2 support is included in version 1.2 after all. Here's a more complete breakdown of the update, posted to the NVIDIA forums by an employee:

Kodi Media Center For Android Is Now Available On The Play Store, No Beta Request Necessary