After paying a lot of attention to the mobile and connected TV experience, Netflix has announced a major overhaul of their browser interface. Before you sign in and get confused, today is just the beginning of the rollout, which they say will complete in a couple of weeks. Netflix bills this as the first major update in four years, though its look has certainly gone through several iterations over that time span. For a refresher, here's a side-by-side comparison of old and new (click to embiggen): 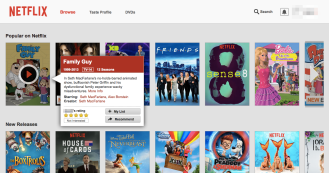 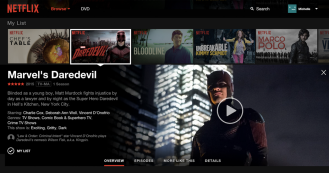 Orange is the new black? Maybe, but black is the new white. Across all platforms, Netflix has been trending towards a dark look. Now, the web app comes in line with the Android, Roku, and other apps. Here's the Android app, for comparison's sake. 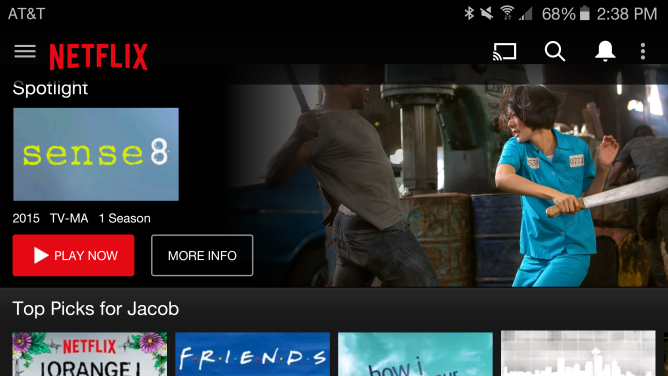 More than just a fresh coat of paint, key elements of the way you interact with Netflix have been refreshed as well. For instance, hovering over a title now brings you a brief synopsis along with a slideshow of images from it. Here's a GIF, courtesy of Netflix.

And here's the equivalent aspect of the prior interface: 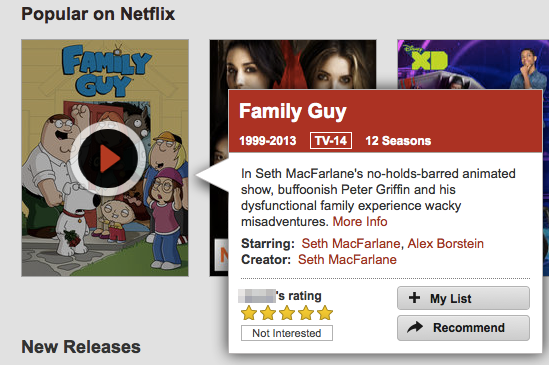 Yeah, the new style looks much better. And now, if you want to take a closer look at the title you're looking into, just tap the down arrow and you get this much expanded view of things.

Before, you would click on the "more info" link and be brought to a new page that looks like this: 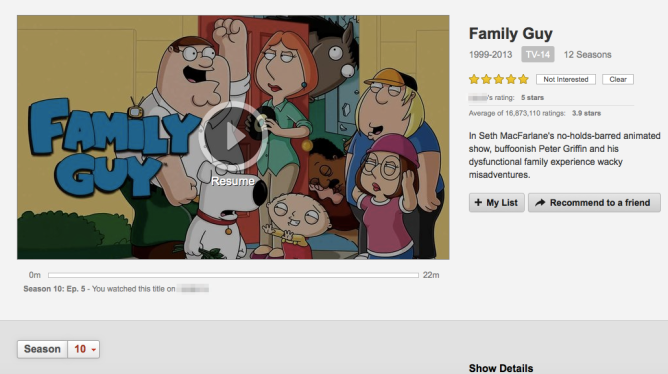 Even disregarding the fact the new method looks a lot cooler, it is far easier. Rather than go to a new page, it opens up inline and can be exited very easily in favor of looking at something else. You also get the added feature of the "more like this" tab, which as you would expect recommends shows and movies similar to the one you have highlighted.

The last thing that has been enhanced is horizontal scrolling, which Netflix says is smoother and can be done far more quickly, with an arrow tap advancing an entire "page" of titles at once. They also stress that it is optimized for users with physical mice, touchpads, and touch screens. As mentioned before, this should be available to all end users within two weeks.