Mozilla is a champion of the web, and a core part of its mission has been supplying the open source Firefox browser. These days competitors like Chrome are eroding at its userbase, but they're doing so using many of the bullet points Mozilla emphasized—open source underpinnings, customization through add-ons, and speed.

Now Mozilla is pursuing its mission statement in other ways. One of the more well-known efforts would be the push to develop and sell Firefox phones. Another would be the lesser-known Webmaker initiative that empowers more people create material for the web and mobile devices. A beta version has made its way onto Google Play. 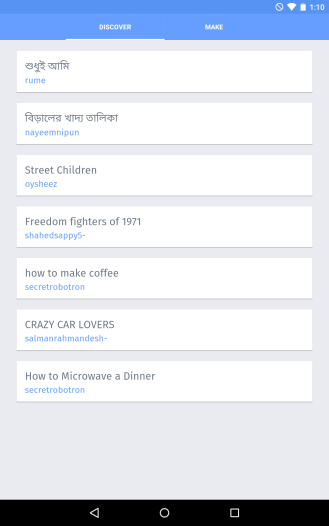 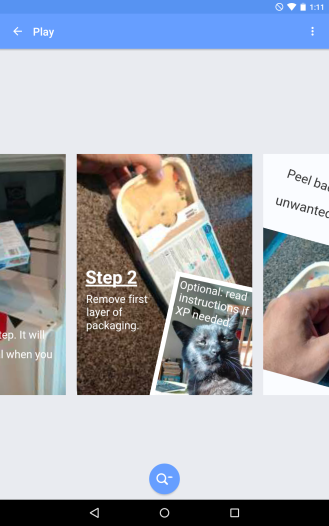 Mozilla launched Webmaker in 2012. The service lets users create websites, video, images, and apps. The Android version limits things to producing picture-based content. Users can throw together ways to store memories (like photo galleries and scrapbooks) along with stuff that's more likely to go viral on the web (comic strips, guides, and memes). The goal is to enable creators to produce apps directly on the device.

Flip through the screens below for an idea of what to expect. Even though Mozilla makes its own competing smartphone platform, this release looks right at home on Android Lollipop. Nevertheless, these are still early days for the project, and there remains a good amount of functionality that needs to make the transition. You have to create an account to get started, but the entire experience is free (as in beer, and as in speech).