Amazon's HAL 9000-style voice controlled gadget thing, the Echo, (yes, that's the best way to describe it in a single sentence) is gaining more capabilities with each software update. If you can get over the creepy implications of that, it's amazingly cool. The latest update adds the capability to interact with user recipes from the popular IFFT (If This, Then That) web service. At the moment it's mostly requests for music, to-do functions, and connected gadgets. 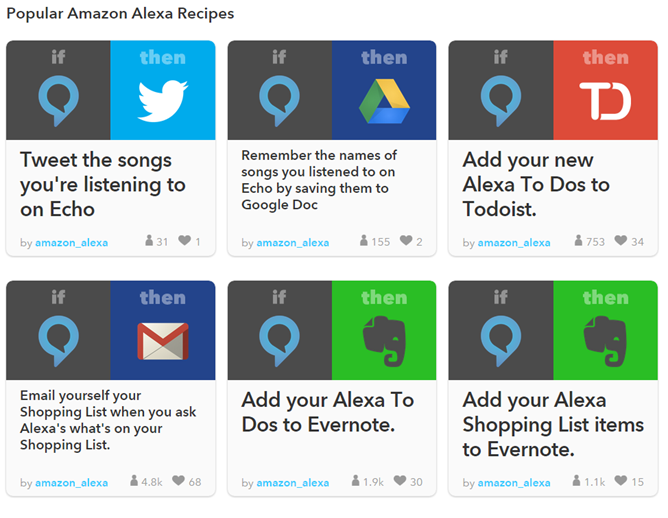 The practicality of this is dependent upon which recipes you've created or imported. The example from Amazon's promotional email is an Alexa song request that's automatically funneled through IFTTT and shared on Facebook. (Just don't ask it to play Daisy Bell.) Other user-generated recipes on the Alexa channel include voice commands to change the light color on a connected Phillips Hue, setting a Nest thermostat, or adding shopping items to Evernote.

Another addition is the capability to play back Audible audio books via a voice command, in the same way that the Echo can now play music stored on Amazon's music service. (Audible is an Amazon subsidiary.) You'll need to have the Audible book in your library and connect your account with the Amazon Echo Android app to use it.

[Weekend Poll & Discussion] Do You Use Google Hangouts? Are You Excited About Hangouts 4.0?