Planes are usually very basic and drab inside, but Virgin America has been trying to make them slightly less so with built-in entertainment systems. The airline is rolling out a new beta version of its Red entertainment platform. Why do we care? It's based on Android, not that you could tell just by looking.

The new Red beta includes a higher resolution capacitive screen that supports multitouch for features like enhanced maps and games. Virgin says there will also be three times as much video content available on the new Red, most of which you need to buy. Red still has support for buying drinks and food during the flight as well. Really, this is all about buying things. Give Virgin your money. You know you want to. 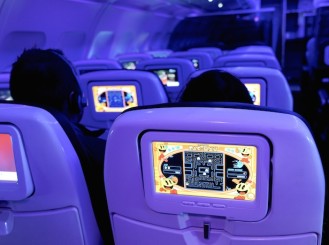 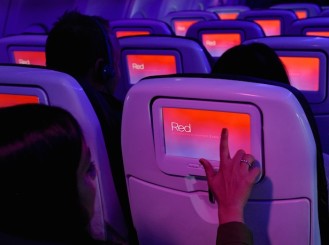 The new Red platform is rolling as a beta in three planes and will expand to the entire fleet in time. The Android base will apparently make updating and improving the system easier than before. Should you find yourself on a Virgin America flight in the future, you'll probably be looking at a heavily customized Android build. So can you root a plane? Probably not.

Google Announces YouTube Gaming To Take On Twitch, Launching This Summer In US And UK