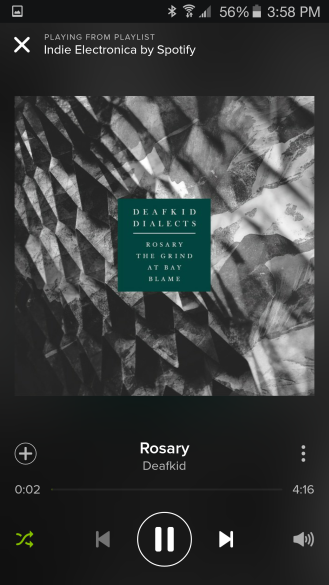 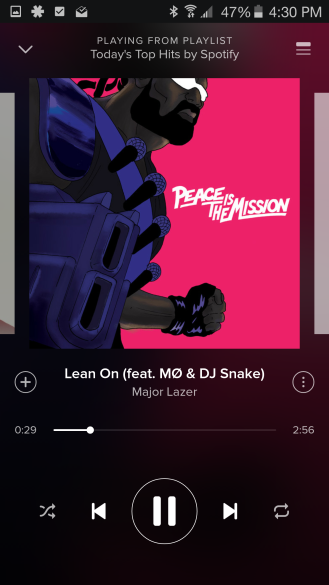 The most obvious change to the main player is that the album cover has been slightly de-emphasized to allow more room for controls. This also allows you to see the previous and next album covers, which makes it clearer that you can swipe back and forth. On the top right in the new UI, you get a shortcut to the now playing queue, not unlike the similarly-placed button in Google Play Music.

On the top left of the main player, you now have a down arrow rather than an X. This makes navigation more intuitive, since we don't normally close out windows within apps. Instead, it gives you the impression that you are minimizing to the mini player, which now has a corresponding up arrow. Better yet is that you can swipe to skip tracks within the mini player, like so:

If the v.3.0.0.1124 update from the Play Store didn't give you the new UI, you aren't alone. If you want to, download the APK from APKMirror linked below. Despite the same version number, the one marked "beta" (and was uploaded days ago) gave me the new UI while the Play Store version and non-beta on APKMirror did not.

The app is cryptographically signed by Spotify to certify that it has not been tampered with. Download the file to your Android device, allow installation from unknown sources in your security settings, and then open the .apk file to install.