Getting a software update from Verizon is usually a real treat, since Big Red isn't normally too fond of pushing them out. Well, Verizon Galaxy S5 owners, this is one of your special days. Before getting too excited, though, there isn't much to this one. 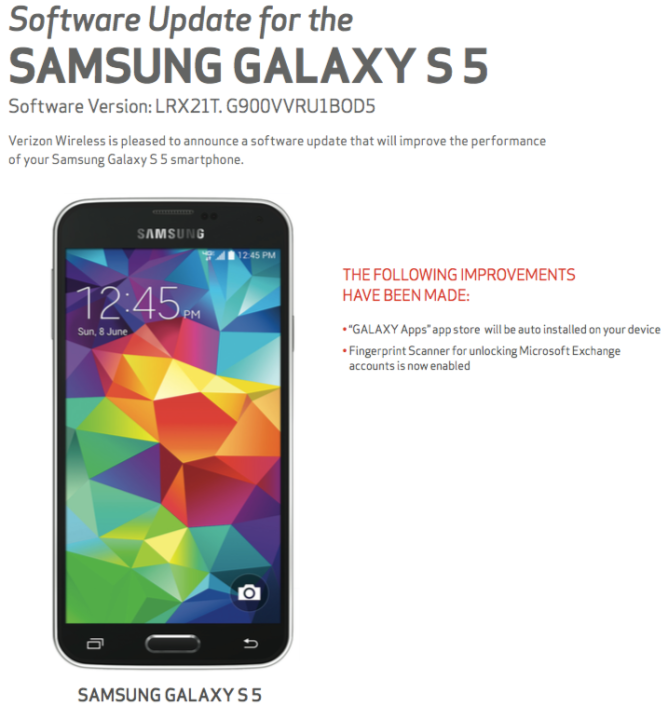 Weren't you dying to get GALAXY Apps on your S5? No? Too bad, here it is. This is the rebranded version of Samsung Apps, so newer is probably better, even if many users would prefer neither. GALAXY Apps should have a far wider selection than its predecessor.

A more meaningful update is that the fingerprint scanner can now be used to unlock your phone when you have a Microsoft Exchange account acting as a device administrator. The sensor really makes the balance between convenience and security easier, so those who need this will be happy to see it.

And...that's it, according to Verizon. Samsung owners on all carriers are patiently awaiting for Android 5.1, so we'll keep you posted on that update when the OEM has it ready.