When Google unveiled the Chromecast, more than a handful of people looked at the dongle as a cheap way to get around putting up with projectors and VGA cables when giving presentations. Unfortunately the company seemed in no hurry to actually update the Slides app with compatibility. Casting presentations saved on Drive required mirroring an Android screen or using a laptop instead. But as Cody discovered in an APK teardown back in February, support was finally set to land in Slides at any moment. Today, that time has come.

Chromecast support is the big new feature here, so let's just dive into how it works. The first thing you will notice is that the cast icon doesn't appear until you open a presentation. After that, it should show up in the action bar as you've come to expect. 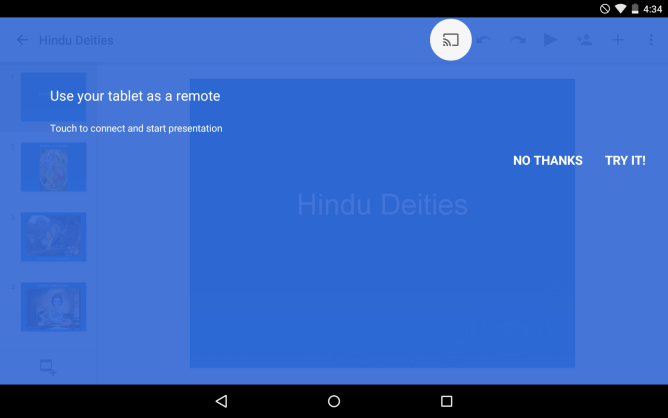 Tapping the icon will bring up a menu, instead of a pop-up, that lists which Chromecasts you may stream your slides to. 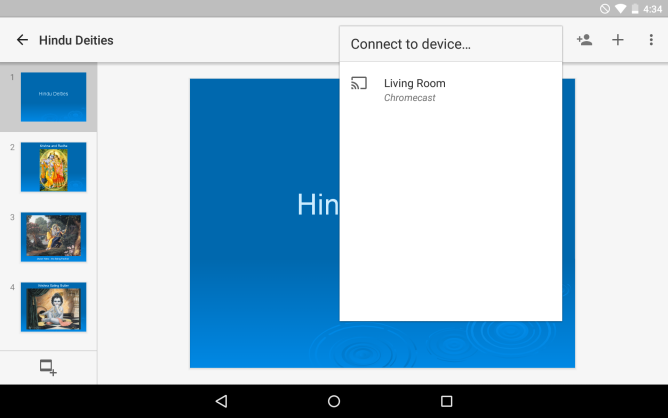 Once you've started casting, your phone or tablet turns into a remote control providing the ability to switch between next and previous slides. A timer lingers off to the side that keeps track of how much time you've spent on any one screen.

If you've made notes to accompany your presentation, you will see them here. This offers a genuine advantage over simply mirroring a display, as it lets you prompt yourself what to say during a talk without letting the entire audience read what you have off in the margins. 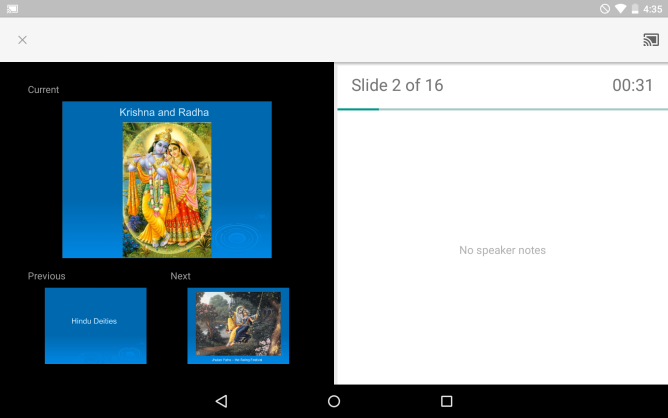 This update isn't all about Chromecast. Google can now cast slides to AirPlay as well.

Alright, now for the good part. Scroll down to get your hands on the APK.

ASUS ZenFone 2 Review: A Good Inexpensive Phone That Would Be Much Better With Stock Android

How Not To Get Killed Every Other Second In Hotline: Miami [Sponsored Post]