The updates came rolling in quickly this morning. Among them was a fresh bump to Google's Inbox app – the email app for people without time for email. This release was a little light on truly new features as far as the main interface is concerned, but it finally brought a feature to light we've been expecting for a few months: home screen shortcuts to jump straight into writing a new email or scheduling reminders. 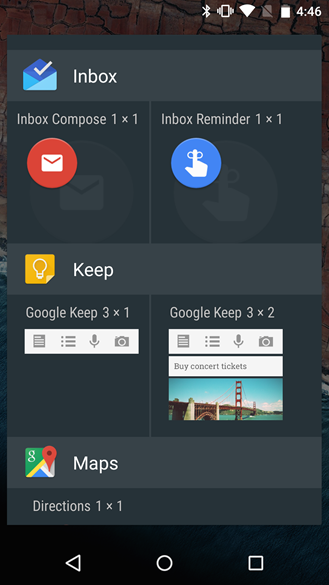 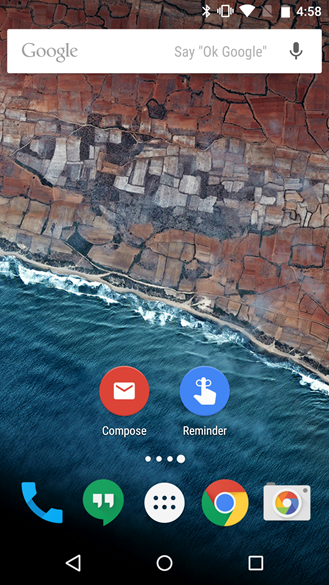 The new shortcuts are called Compose and Reminders. They were first revealed during a Teardown of Inbox in early March and they appear to work as expected. Naturally, the Compose shortcut takes users to a blank email screen where they can begin writing, and the Reminders shortcut opens to a prompt where a new reminder can be scheduled.

These are true shortcuts, as opposed to widgets, so they won't give any visual feedback on your home screen, but they don't require any background services, either. Regardless of what you call them, they are still found in the widget list, and they are added exactly the same way.

This appears to be the only noteworthy change in this update, but if anybody notices something special, let us know in the comments.