Look, there isn't much exciting about car chargers that we haven't already seen before. I get it. But you know what? There's always a way to take something that's existed for a while and make it better, which is precisely what TYLT has done with its newest car charger, RIBBN.

If you've ever seen another TYLT car charger before, then RIBBN probably looks familiar to you - it's aesthetically very similar to the company's existing charger, BAND. But that's pretty much where the similarities end, because RIBBN is like BAND on steroids. It's a dual-port 4.8 Amp charger that can make easy work of charging two devices at once, all while providing the full power required to quickly charge both simultaneously. Like BAND, RIBBN's flat, no-tangle cable design is both convenient and awesome looking, and the charger comes in the crazy-bright colors that TYLT is known for (I dig the red one so hard). It's available with either a hardwired microUSB plug (39.99) or Apple's Lightning connector ($49.99), but it also has an additional USB port which can charge essentially anything. Honestly, this is probably the best "traditional" (read: non-wireless) car charger I've ever used.

So here's the good news: we have 10 of these badboys with microUSB to give away. Winners will get to pick which color they want (red, black, blue, or green). As always, just fill out the Rafflecopter widget to get in the running: 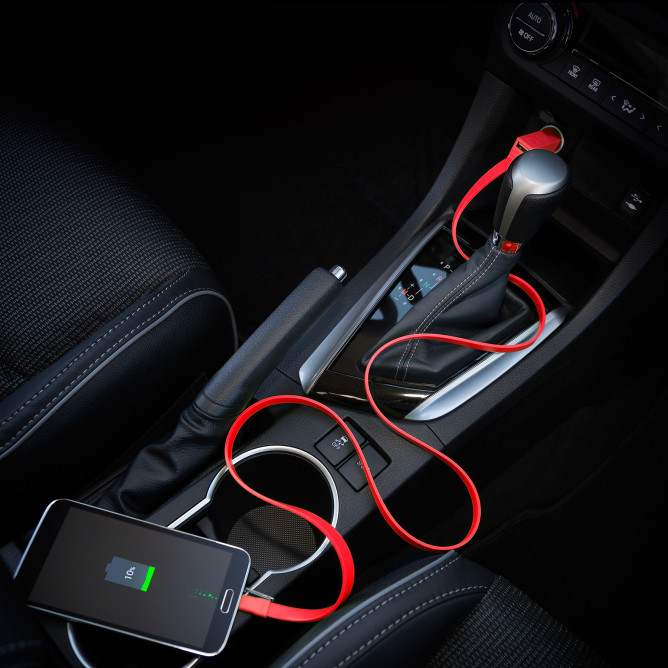 This giveaway begins now and will run until Wednesday, June 17th at 11:59 PM PT. Good luck!