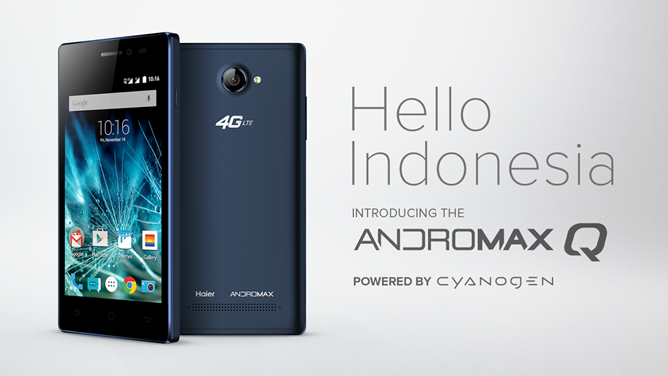 The specs on the Andromax Q are decidedly low-end - here in the states it would probably cost $100-150 off-contract, and it will sell for 1.3 million Rupiah (about $97 USD) from Smartfren. Aside from Cyanogen OS (Android 5.0, according to the specs), there's not much to turn your head: 4.5" 854x480 screen, Snapdragon 410, 1GB of RAM, 8GB of storage, A few LTE bands, and a 5MP camera. The manufacturer is Haier, a Chinese company that often makes whitebox electronics.

The Smartfren website doesn't actually say when the phone will go on sale - there doesn't appear to be an online store, so maybe the company only offers retail sales. Expect more of these low-cost devices to run CyanogenMod/Cyanogen OS in the future - it's one more way for manufacturers to save on software development costs.

Spotify Has Launched A Beta Testing Program For Android, Application And Approval Required

T-Mobile Expected To Add Mobile Hotspot To All Active Plans (Even Prepaid) And Move To More ...