Does the Tegra K1 in your Nexus 9 run a little toasty? Well, it's got nothing on NVIDIA's latest mobile chip design win, which is literally an oven. I'm sorry, NVIDIA, but the jokes basically write themselves here. 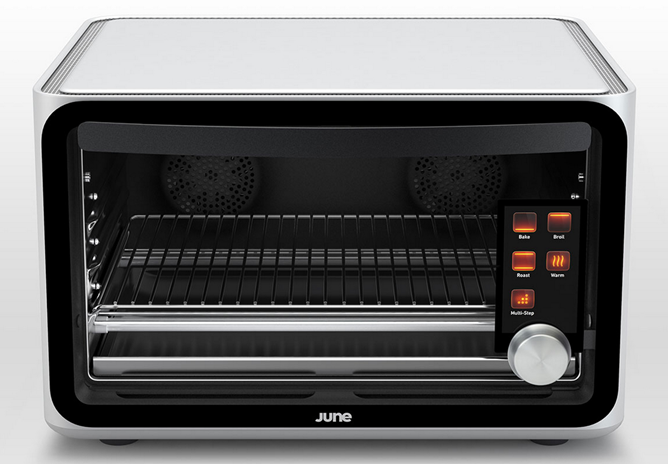 The June oven's big shtick is that it takes selfies of your food which, while completely ridiculous, is at the same time weirdly cool? Maybe? I don't know. What I do know is that this actually sounds like a pretty good oven, boasting a 350F preheat time of just 4 (four) minutes, which is sort of incredible. This is thanks to its carbon-fiber heating elements, which reach maximum temperature in a barely-believable five seconds. It also has a smartphone app, scale (come on, that's awesome), and a built-in temperature probe.

The June oven may be the smartest oven in human history, and it will also not be cheap: this thing starts at $1495 if you pre-order (with $95 deposit), and MSRP will be an eye-watering $2995 if you don't. This is a countertop unit, so it's also a hefty price-tag for something that you can't actually embed in your kitchen (well, I guess you could if you really wanted to).

As for the selfie aspect, the June has a built-in full-HD camera with two bright white LEDs providing lighting for your foodographs and live-stream cooking action. It is, of course, powered by an NVIDIA Tegra K1 (quad-core, not Denver) processor, which seems like tremendous overkill, but then again, I'm not a smart oven engineer.

Opera Releases Browser For Android TV, But Currently Not Compatible With Nexus Player